Future of U.S. infrastructure is vital to supply chain 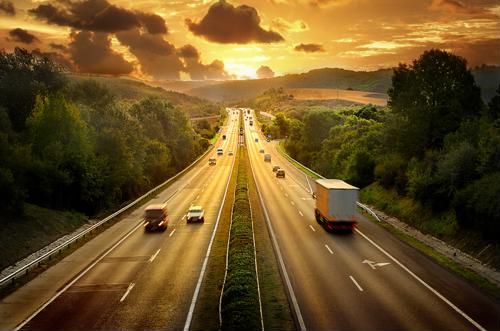 In recent years, the state of U.S. infrastructure has been a topic of much debate, and the impact it has on the national or even global supply chain could end up being significant if things don't improve. If the country needs to be able to get things from Point A to Points B, C, D and beyond at a growing rate, the decaying bridges, roads and tunnels from sea to shining sea may be in critical need of an upgrade.

It's worth noting that things are improving in large part due to the national conversation that has been ongoing for some time. There is a broad recognition that things were getting bad, and now steps are being taken to fix the situation.

With that having been said, the latest Report Card for America's Infrastructure released in March by the American Society of Civil Engineers, doesn't exactly paint a rosy picture.

The latest overall grade for the national infrastructure is C-, a mark that's certainly on an upward trend, but there are many areas of concern left to address, the Report Card said. For instance, the national transit infrastructure earned a D- rating; roads, levees, dams and stormwater infrastructure all garnered Ds. A number of other things were rated with a D+, including aviation, hazardous waste, inland waterways, public parks, schools, and wastewater.

Only three types of national infrastructure were graded with something higher than a C, which indicates an average rating: Solid waste infrastructure (C+), ports (B-) and rail (B).

What's the issue
As with so many things in the U.S., the problems that lead to decaying infrastructure come from a lack of comprehensive funding, according to Supply Chain Digest. For instance, the state of the U.S.'s bridges earned a "C" from the ASCE, and in most cases their upkeep is funded by state or even local governments, sometimes with the help of toll collection. Likewise, rail infrastructure tends to be funded by carriers, inland waterways receive federal funding, and so on. This patchwork creates a broad disparity in how well infrastructure is maintained, and especially where roads are concerned, that's a big issue for logistics.

Not only does that mean difficult travels, it also increases costs for infrastructure users: Poor road conditions means the vehicles that use those highways and byways take more of a beating than they otherwise would, the report said. The combined cost of auto repairs stemming from rough roads? It stretches into the nine figures on an annual basis, affecting both individuals and businesses.

A lot of ground to make up
Analysis of the ASCE's report card notes from manufacturing expert Deborah Wince-Smith, published by Forbes, notes that over the next decade, the U.S. will likely have to spend nearly $2.6 trillion to ensure everything is up to the level that is needed to ensure a strong ongoing infrastructure. Without it, not only will roads continue to be in rough shape, but it could mean companies will end up struggling with timely deliveries, and even their ability to even innovate and keep up with the rest of the world could be threatened.