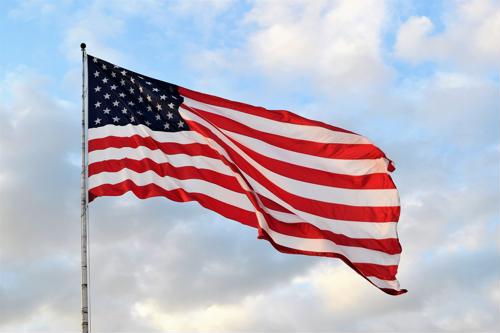 Over the past several months, many companies at different steps of the supply chain have taken a harder look at bringing their manufacturing efforts back to the U.S., or partnering with more localized suppliers. The reason for this is simple: The COVID-19 pandemic made it obvious that relying solely on a truly global supply chain had some shortcomings, and diversifying sourcing efforts was a must for many companies.

There's good news for U.S.-based businesses that made it easier for themselves when it comes to domestic sourcing: They will likely find that even if there are higher costs, consumers will be interested in what they're selling. Why? A recent Reuters-Ipsos poll found that 63% of Americans wants to see the federal government buy more things that are made in this country, even if it costs more than usual.

What's the difference?
Obviously, there is a big gap between people saying they'll pay 5-10% more for American goods and actually making good on that assertion, but a recent study by PhD students at Chicago Booth examined how far people would actually go on that follow-through, according to the Chicago Booth Review. In eBay listings for 900 different low-cost U.S.-made cellphone screen protectors, products that were prominently listed as being "Made in USA" sold for 28% more than the counterparts without those prices.

However, the average price of all good sold was just 26 cents, meaning that the bump in price amounted to only 7 cents, the report said. The researchers acknowledged that if more expensive items, such as laptops, were put up for sale, it was "unlikely the premium would have been 28%."

The financial reality
Despite the perception of significantly higher prices for U.S.-made goods, it doesn't actually seem to be as much of an issue as it used to be, according to the Rodon Group. It certainly used to cost notably more for American goods than those made in China, for example, but the gap has closed considerably in the last decade-plus. In 2004, an item that cost $1 to make in the U.S. cost just 86.5 cents to manufacture in China. But even as far back as 2014, the difference has dwindled to just 4.4 cents ($1 versus 95.6 cents). Obviously, at an industry-wide scale, that's a significant difference, — $100 billion versus $95.6 billion, for instance — but for relatively small orders by individual companies, it's not nearly as much of an issue.

These are all things for companies within the supply chain to monitor closely, examining all their procurement options on an ongoing basis, but also crafting contingency plans that allow them to pivot to other options as needed.