Home Procurement News How is the COVID-19 vaccine supply chain holding up?

How is the COVID-19 vaccine supply chain holding up? 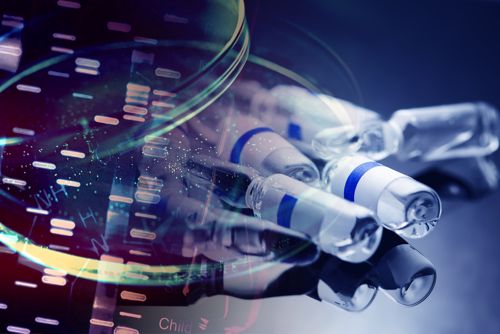 Especially as the various COVID-19 vaccines were first being rolled out of factories around the world, there was considerable concern that existing supply chains might not be robust enough to ensure all doses could get where they were supposed to go. But now that hundreds of millions of people around the world have received at least one dose of a COVID vaccine, it's worth considering how well things have held up, and areas where there have been some difficulties.

The vaccine manufacturer Moderna has already blown past some early expectations, announcing in late March that it had shipped its 100-millionth dose of COVID vaccine, about two-thirds of which had already been administered within the U.S. alone. In the first quarter of 2021 alone, Moderna had ramped up production and shipping to push out 88 million doses, and now expects to ship as much as 50 million more each month until it fulfills its initial contract with the federal government.

The company believes it will reach 300 million doses shipped by the end of July, according to its March 29 release.

Ongoing issues
Meanwhile, it's worth noting that for many countries, the vaccine rollout has not even begun yet, and already "signs of strain" are emerging, according to Medical Xpress. While companies have ramped up production to previously unseen levels (with 10 billion total doses expected to be manufactured this year alone), it's not just a question of getting those doses shipped where they need to go, but also procuring the materials needed to produce and safely ship that many.

That may be especially true when it comes to the observed inequities between highly developed, wealthy nations — which have been loading up for vaccination for some time — and those where efforts have been minimal to nonexistent, the report said.

Other risks
Of course, just because Moderna, in addition to several other manufacturers worldwide, are having success with getting shipments out and shots into people's arms, that doesn't mean the vaccine supply chain is working as well as it could, according to Ship Insight. There is still considerable risk associated with this highly complicated process, not the least of which stem from theft and counterfeiting.

A number of illegal operations have already been broken up by authorities around the world, but the high value of the counterfeit pharmaceutical industry (estimated to be roughly $400 billion annually) means such efforts will no doubt continue unabated for some time to come, the report said. Indeed, this could include perfectly legitimate vaccines being sold at high per-dose prices over the dark web and similar channels, with no guarantees that they will be shipped or administered safely.

This is certainly something for those in the logistics industry to watch as the pandemic draws to a close and supply chains must be diversified to ensure everything can be shipped safely to all corners of the globe.