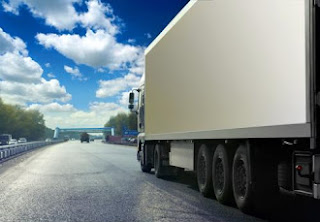 While things are starting to shift back to the "old normal" in some parts of the U.S., it's more than fair to say that the novel coronavirus pandemic fundamentally altered consumers' shopping habits. Although companies have been trending toward more online ordering in recent years to begin with, the lockdowns nationwide seem to have only accelerated the preference to shy away from brick-and-mortar stores.

That, in turn, raises an interesting question for companies in the logistics sector: Should they prioritize their direct-to-consumer shipping efforts over their B2B side? A recent survey retail industry survey from enVista paints the picture nicely, according to DC Velocity. About 1 in 3 retailers say they are trying to strike a better balance between in-store shopping and B2C e-commerce demand, and about the same number say they want to improve planning and forecasting for demand, or improve efficiency overall.

Along similar lines, a previous enVista survey found that about two-thirds of consumers want improved visibility into inventory online, and nearly as many wanted to have the ability to buy items from anywhere and ship them anywhere, the report said. Fewer than half of respondents felt it was important to be able to pick up an online order from a physical location.

Temporary or permanent?
One thing any business has to consider under the current conditions is whether the changes they make to their operations will only last as long as the lockdowns do, or whether some or all of those new processes will be permanently incorporated into how they do business, according to Supply Chain Brain. There may be plenty of things your company can adopt — such as machine learning and artificial intelligence to improve internal processes — that would have plenty of practical applications after the pandemic is over, but others — such as increased staffing levels — that might not be as necessary.

Less broadly, among the big things companies may have to consider at this time is whether shipping smaller quantities of your items to individuals, rather than huge orders to single entities, is feasible in the long run, the report said. There may be plenty of avenues to make this possible, and you will need to investigate them to determine whether a B2C approach works for your unique business.

Getting it done
In many cases, companies may be able to complete B2C shipping at scale, but it will require fundamental rethinking of not just their strategies, but their entire offerings, according to enVista. For instance, some companies that specialized in B2B have begun offering smaller-batch products with far less wiggle room for changing or customizing orders, meaning they don't have to spend time in the warehouse picking and packing every order just-so, and can still seamlessly send a greater number of packages to more people.

Of course, every company is different and their paths to building a parallel B2C operation will be unique. But what remains a common issue is that everyone will have to drill down and strategize carefully before rolling out any changes to their offerings.