Home Procurement News How to kick-start your seasonal hiring efforts

How to kick-start your seasonal hiring efforts 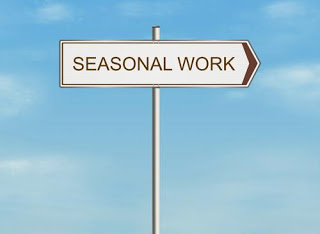 While the holiday shopping season is still a few months away, many companies in the logistics sector haven't yet begun their hiring efforts to account for the extra demand. That may lead them to play catch-up or hire workers who aren't among the best in their region. However, if you start planning now and roll out these efforts in the near future, there's still plenty that can be done.

The fact of the matter is that competition for talent at this time of year is likely to be fierce, according to IQ Talent Partners. Even as many are out of work and it may be easier to find willing candidates, there is likely to be a lot of workers who are uncertain of their prospects for seasonal work, especially if it's outside their previous industries. As such, it will be vital to continue to make sure workers are being offered something quite attractive when it comes to working for your company specifically.

Something as simple as employee discounts, signing bonuses, flexible schedules or even just the most casual dress code possible can all go a long way toward ensuring your logistics business is set up for success, the report said. The same is true of a referral bonus system for your current employees, because they know what the job takes and which of their friends and family members are likely to be the ones who can fill such positions most effectively.

The reality of the situation
At the same time as you are planning to hire a potentially large number of seasonal employees, you also have to build contingency plans, according to Talroo. The reality for many companies is they can hire 10, 50, 100 or even more workers for the holidays, but they have to operate with the understanding that some of those new employees are going to wash out. For them, it may be relatively low-stakes at the end of the day, and if they find they don't like the work or aren't suited to it, they may move on before the holidays come to an end.

When that happens, you need to have a thick file of backup candidates to tap in short order, the report said. You could also simply offer your current employees bonuses for filling the shift slots that the departing employee left open if they left abruptly.

Getting the word out
Even if your seasonal hires aren't going to start working until, say, November, it's important to start advertising your job listings sooner than later, according to LSM Guide. The more runway you give yourself to interview, hire and wait-list candidates, the better off all are going to be in nailing down their holiday work plans. That, in turn, helps set everyone up for success.

Drawing lessons from the holiday-season wins and losses you've seen in recent years could further help determine the proper strategy for dealing with how you approach this year's efforts, and set yourself up to hit all your benchmarks in the months ahead.