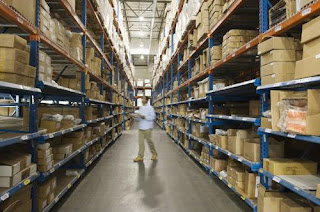 While the novel coronavirus is still a problem across the U.S. — and one that's not likely to go away anytime soon — some aspects of the business world are returning to normal slowly but surely. Based on recent industry data, that certainly includes the logistics industry. After a definitive fallow period around the start of the outbreak nationwide, demand for warehousing space is once again surging, portending big things for the sector in the months and years ahead.

A big part of the reason for this, of course, is more people are staying home and thus ordering from online merchants who need more space to meet demand, according to The Financial Times. The e-commerce titan Amazon has, in recent months, signed leases for some 35 million square feet of additional warehouses in locations from coast to coast, and that seems to be a sign of the times.

Consumer habits have shifted — perhaps permanently — as a result of the lockdowns, such that it's expected online sales in the U.S. will approach $20 billion annually within the next few years, the report said. As such, some industry estimates show that demand for warehousing space will hit 333 million square feet by the end of 2022.

What's at stake?
The fact of the matter is that years-long trends are converging for the industry at a time when the space to actually fulfill needs may be somewhat limited, according to Business Insider. Because of how companies have increasingly offered low-cost or free shipping with quick turnaround times, the need for additional space closer to population centers is on the rise. Moreover, just-in-time inventory strategies have become common, but that leaves companies vulnerable to unexpected shifts in demand and the like.

Because many logistics firms have to effectively be all things to all people in today's environment, they require more space than ever — as much as three times more than retailers, the report said. However, it's worth noting that retailers are also trying to get into the warehousing game at a higher rate these days; shutdowns and slowdowns have forced them to close brick-and-mortar locations, but these companies largely still exist and have loyal customer bases. As such, they need their own warehouses to keep up with demand.

Rising costs
As with anything else in business, when demand for something rises, so too do prices, and that's certainly been observed in the world of industrial real estate, according to Globe St. Indeed, rents for such spaces in the second quarter set new records in just about every major market nationwide as companies moved to claim space at levels comparable to pre-pandemic rates. Demand is growing so quickly that some companies may look to convert large retail spaces into warehouses.

With all this in mind, it's critical for any logistics manager to at least consider what their companies' growth strategy will look like in both the short and long term. Knowing far in advance how you will need to evolve to continually meet your goals will help you craft the perfect roadmap to do so.