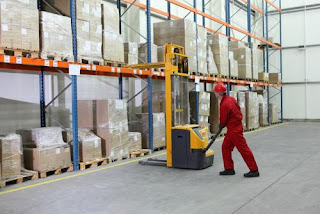 Industrial workplaces can be potentially fraught with hazards for workers and managers alike, but as warehousing has continued proliferating across the U.S., more effort is being put into reducing and eliminating such risk. As such, the broad consensus in the industry as a whole is that it is now safer than ever to work in a warehouse, especially when it comes to heavy equipment.

The initiatives the industry has taken to improve safety include National Forklift Safety Day, which seeks to educate workers about proper use of such machines, the dangers they can pose and so on, according to EHS Today. As one might imagine, this has been a years-long effort, but industry leaders say it's having a big impact on reducing forklift-related accidents. This is, in part, because the education around this issue highlights one salient fact: Maintaining a strong safety record takes buy-in from the warehouse floor to the boardroom.

"t's important to understand that safety isn't an outcome, it's a culture," Don Buckman, EHS manager, Americas Division, for Yale Materials Handling Corp., told the site. "Safety is everyone's job and must extend across operations and the supply chain."

New challenges emerging
However, even as various aspects of traditional warehousing work have become safer, more issues are on the rise these days, according to NBC News. For instance, while summer is wrapping up around the country, climate change seems to be having an impact on logistics work as well. From 2015 to 2018, major shipping companies in the U.S. regularly saw workers hospitalized for heat-related health problems, and as a general rule, temperatures are only likely to keep rising in the years ahead as well.

Experts note temperature-related health issues aren't just about heat stroke or cramps, the report said. R. Jisung Park, an environmental and labor economist at the University of California, Los Angeles, told NBC that "there's evidence that finds that hotter temperatures raise the risk of other injuries, too." These could include disorientation and body strain that leads to things like heart attacks and passing out, which increase on-the-job risk significantly.

COVID-19 becomes an issue
While it may be temporary, the novel coronavirus presents its own problems for warehouse workers, according to human resources expert Deb Best, writing for the Albany Times-Union. Certainly, demand for shipping and supply chain services is on the rise, but now is the time to institute hard and fast rules like social distancing, mask enforcement and staggered shifts to reduce the likelihood of workers becoming ill, as well as encouraging workers who are experiencing symptoms to stay home without financial penalty. That way, the risk of an outbreak in your facility is greatly reduced.

With all this in mind, warehouse managers need to take a holistic look at all the risks their workers face and take reasonable steps to reduce those risks. That could include everything from training to extra break times in the summer to cool down, but every business has its own problems in this area.