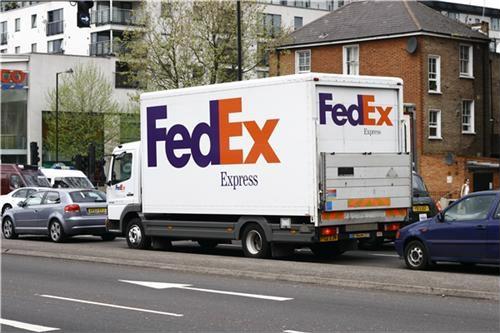 FedEx just enjoyed a record peak season, with 67 percent of packages delivered ahead of schedule.
Yet the multinational courier's successes have been somewhat muted by the shrinking margins and lowered profits projections it now faces amid a global economic slowdown, driven largely by

European markets dealing with Brexit uncertainty in the U.K. and recent unrest in Germany, France and Italy.

In response, FedEx has chosen to offer voluntary buyouts to U.S. and international employees in 2019 and 2020, yet is still moving forward with investing millions in its world hub at the Memphis International Airport.

Depending on the number of employees who accept the voluntary buyouts, the pre-tax cost to FedEx could total somewhere between $450 and $575 million, Supply Chain Dive reported. In return, the company anticipates it will begin saving anywhere from $225 to $275 million per year, beginning in the year 2020.

CEO Fred Smith told analysts that some of the cuts could be justified by years-long tech upgrade projects that would make some IT staff obsolete.

"We believe new productivity enhancing tools from accounting box, legal system analytics and predictive AI etc. will allow us to operate our company with fewer staff positions going forward," Smith said to analysts, while also stressing that technology advances were creating better margins on the ground delivery side of FedEx's business, according to Supply Chain Dive.

In the company's quarterly SEC filing, FedEx wrote that, "Growth in U.S. deferred package volumes and higher operating costs in our FedEx Express operations negatively impacted margins during the first half of 2019."

Most of the American employees offered buyouts will be culled from the FedEx Express and FedEx Services staff, and will be offered four weeks of pay for every year that they have worked for the company.

The move away from Express service in favor of freight is the primary reason for the European buyouts. The company is also focusing on revenue and margins, as well as the ongoing integration of 3PL TNT.

Despite the employee cutbacks, FedEx is not shying away from the $1 billion upgrade for its Memphis hub that the company announced in March, and which is meant to begin in 2019 and run through 2025.

The big projects are meant to modernizing the large facility, which consumes much of Memphis International Airport, to enable FedEx's increasingly technology-driven operations.

According to USA Today, one recent FedEx Express permit application involves "secondary 25 site demolition, underground utilities, footings and foundation" at the airport that will total $15 million.

Another permit calls for a $3.8 million "interior renovation of 3 level office facility."
Such outlays may seem surprising given the weak global economic situation and corresponding buyouts. On a recent earnings call, FedEx CFO Alan B. Graf Jr. stressed the imperative of investing in Memphis, as well as the company's Indianapolis hub, and modernizing upgrades for its Express airplane fleet.

That "balancing act" may prove especially difficult to maintain over the next few months, considering the company's dreary forecast for the remainder of the fiscal year.

"It's going to be a little bit tougher this year," Graf admitted, USA Today reported. "We probably will slow some things down to see what happens. But at the end of the day, we still need to move forward with the majority of the programs that we've got in place."
Procurement News