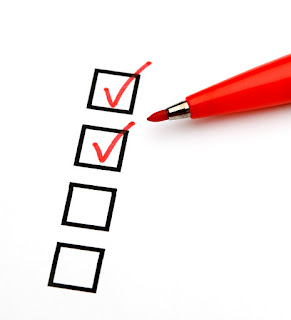 I got the most shocking news of the season over the weekend – my wife’s coworker has never seen the modern(ish) Christmas classic, “National Lampoon's Christmas Vacation.” Being unable to reconcile this emotionally, all I could do was watch it (not for the last time this year). Emotional state confirmed – still as great a movie as ever.

As a Procurement pro, however, a few things always stick out to me.

Let’s start at the very beginning. The film’s intro sees Santa visiting our old buddy Clark Griswold. Why here? Why now? Simply because his name begins with a “G.” That’s right – of all the route optimization strategies, this guy is travelling the globe in alphabetical order. He doesn’t hop from neighbor to neighbor afterwards, either. This guy is flying in and out of the neighborhood for a single delivery. Talk about inefficient!

The whole thing got me thinking: Who’s up there planning this logistical nightmare?

‘Tis the Season (to Strengthen and Improve our Logistics Strategies)
We’ve already identified an inefficient delivery system, bouncing from house to house randomly. What else is wrong? I’ve put together a few items that I’ll be sending up north for review later.

Recognize the Need for Change
Look, I can’t say that I know Santa’s game better than the big guy does. He’s been doing this a long time. But isn’t that part of the problem?

The problems I cite above are real concerns for any operation. Being able to anticipate and respond to disasters and optimize the distribution process are important. But another important element is making sure we’re constantly going back to the board and evaluating our strategy in a critical fashion.

Just because our current setup worked yesterday doesn’t mean it will tomorrow. Likewise, the suppliers we use may have been good partners historically, but are we getting the same great service at competitive rates that we did at the beginning?

Just a few things to think about as you get your ‘nog on this holiday season.