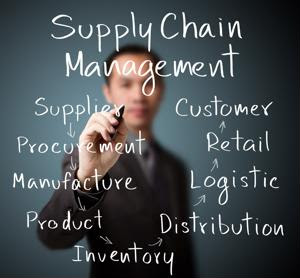 Toyota Motor Corp. was forced to reduce production in its southern Japan facilities this week due to a magnitude-6.5 quake on Thursday, reported the Wall Street Journal.

Toyota officials chose to close 26 car assembly lines across the country as a result of halts in production by suppliers. This shutdown of production reveals some recurring flaws in the company's lean manufacturing system, according to WSJ. The way in which Toyota's supply chain is organized makes it particularly sensitive to disasters.

The auto company structures its inventory system in what is referred to as a "just-in-time" model. Toyota's assembly lines across the globe function in this way as a part of its efficient production method. The process works by keeping minimal amounts of inventory on site, allowing for cost reductions and improvements in quality and consistency for components, explained the source.

This supply chain problem is reminiscent of a similar scenario in 2011 when a large quake crippled automotive supply chains across Japan. For Toyota, company officials claim they have learned from past mistakes.

"There are always risks, and they wouldn't necessarily be resolved even if we have parts inventory worth two weeks," said a Toyota official, according to WSJ. "Rather, we have been focused on how to understand and identify issues in case of a problem, and how quickly we could recover."

The cost of disaster
Toyota, which stands as the biggest automaker in the world, is set to take a considerable financial hit due to production reduction after the earthquake. Material Handling & Logistics reported that the company could face a reduction in operation profits totaling around $267.15 million.

The business continuity plan that was created post-2011 will truly be put the test in light of this disaster and the results hold some pretty high stakes. Toyota Motor Corp. and its partners produced over 4 million vehicles in Japan during 2015. This production accounts for 40 percent of the company's global output, noted MH&L. Toyota heavily relies on domestic manufacturing compared to other industry competitors.

And this is not the first time production has been curtailed this year, explained WSJ. In fact, it is the second time in three months that problems with Japanese plants have caused supply chain issues.

In February of this year an explosion at a steel supplier caused the lost production of upwards of 90,000 vehicles, lasting over a week, reported the source. This delayed vehicle deliveries and caused Japan's industrial output to drop by 6.2 percent.

This time around, industry leaders are projecting that the shutdowns could last for more than two weeks. In a company statement, officials noted that this will have no effect on overseas vehicle production, noted WSJ.

Shares in the company fell 5 percent on Monday, according to Reuters. This dip has lead to drastic declines for other manufactures' shares.