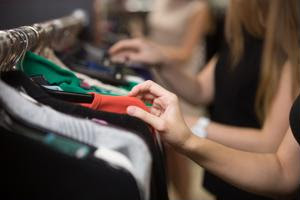 Fashion Revolution and Ethical Consumer recently released a report that revealed some of the world's most popular fashion brands have been less than honest about their supply chains. According to Vice, industry fixtures including Forever 21, Chanel, Michael Kors and Prada are seriously lacking when it comes to supply chain transparency for consumers.

"Lack of transparency costs lives," the report states, according to the source. "It is impossible for companies to make sure human rights are respected and that environmental practices are sound without knowing where their products are made, who is making them and under what conditions."

The report release comes on the heels of the third anniversary of the Bangladesh factory collapse. On April 24, 2013 over a thousand people were killed and 2,500 injured when the eight-story Rana Plaza factory complex fell apart.

The tragedy was undeniably tied to the terrible conditions in garment buildings across the country. Yet it took weeks for retailers across the globe to determine what part they played in the disaster, explained Ecouterre. The cause of delay? Transparency.

Intricate webs
The fashion industry contains supply chains that are notorious for their levels of complexity. In fact, they are so intricate that they often become opaque, explained the source. A given company could place an order with one supplier but the actual work could be done among numerous unregulated "shadow" facilities. This goes on without the knowledge of brand supply chain management.

Additionally, the majority of fashion brands have no ownership over the buildings where production is handled. This means they have no ability to monitor or regulate conditions for laborers, reported Ecouterre.

"Some brands may work with thousands of factories at any given time," explained the report, per Vice. "And that is just the facilities that cut, sew and assemble our garments, but there are also further facilities down the chain that dye, weave and finish materials and farms that grow fibers too."

Major findings
Advocacy organizations Fashion Revolution and Ethical Consumer authored the report to shed light on the importance of understanding these supply chain intricacies. The data they found was rather troubling.

According to the report, 40 percent of the 40 major companies analyzed had no system in place to monitor whether their supply chains are compliant with labor standards. While most organizations have an active and publicly accessible policy on environmental and labor standards, only three companies (Gap, Primark and Levi Strauss) have long-term initiatives in place.

So, which organizations topped the list for worst transparency track record? Chanel hit dead last on the scale with Hermes, Claire's, Forever 21 and Fendi following close behind.

"These companies have little to no information about their supply-chain practices available to the public," Fashion Revolution said, according to Ecouterre. "Many of these companies seem to do little more than have a code of conduct in place - whilst this might have been best practice in the 1990s, corporate responsibility has moved on a great deal in the last 20 years."

Admittedly, the survey did not have the full spectrum of information. According to Vice, Fashion Revolution sent a questionnaire to all 40 fashion companies listed in the study but only received 10 filled out copies. The remaining 30 organizations were analyzed based on the information they made public.

It is possible that some of the non-participating companies received lower scored due to the fact that they were not able to present all the relevant internal information, noted the report.

One thing is clear: Supply chain transparency is a major issue throughout the fashion industry. While some major companies are taking strides toward remedying the inconsistencies, more needs to be done in terms of supplier relationship management to ensure more ethical production methods.