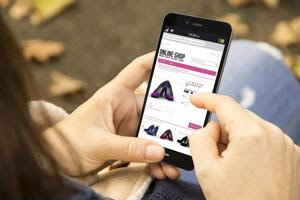 Amazon.com Inc. has become a trailblazer in the e-commerce and retail industry. The discounted prices it has offered for a wide range of products, from digital devices to household goods, have set the company apart from other online sellers. But there is one segment that it will be taking a different approach with: clothing and apparel for fashion brands.

The Wall Street Journal reported this week that Amazon is committed to directly selling clothes at full price for a handful of brands, including Kate Spade, Nicole Miller, Lacoste and Calvin Klein.

"Amazon understands fashion is different from its core business," Lacoste North American Chief Executive Joelle Grunberg explained to the source. "They discount when products aren't selling, but they don't mark down at crazy rates."

Clothing brands struggle with omnichannel
Fashion has not been as quick to hit the e-commerce boom as other types of products, such as electronics because people want to be able to physically gauge the quality and size of a piece of clothing, which they can't do online, The Wall Street Journal indicated.

Many retail supply chains have struggled to address the increasing demands of shoppers and improve their efforts to implement a cost-effective strategy for omnichannel purchasing. Although consumers will go to brick-and-mortar stores to get the physical shopping experience, the source noted, being able to find what they like, see if it fits, then go home and order it online has become a lot easier. For example, Amazon Prime members can get orders within two days, with no shipping fees. And while sales at some major department stores, such as Macy's, dropped last year, Amazon.com saw an increase in revenue.

Not all fashion brands are convinced that selling through Amazon would be a wise approach, however. The Wall Street Journal revealed that a number of high-end companies, such as Tory Burch and Rag & Bone, are not in favor of selling through a third party that could potentially reduce the luxurious appeal of their image.

This latest move is just one of many that Amazon has taken over the years to tap into the fashion market. The Internet retailer recently announced it would be developing private-label lines of apparel, including Society New York and Franklin & Freeman, the source added.

In March, Amazon.com revealed it would now feature a live fashion show, Style Code Live, streaming a new segment every night on its site.

"Style Code Live gives viewers a first-of-its-kind daily style and entertainment experience," the show's executive producer, Terence Noonan, stated. "We're live, interactive, and covering the latest trends in fashion and beauty each weeknight with guest experts, celebrities, and viewer tips. We are building a community and are super excited for our viewers to be part of it."

Amazon offers apparel companies higher profitability
Although there has been some hesitance among fashion brands to sell directly through Amazon, it is probable that more companies will become open to the idea as they learn the cost benefits that partnering with the Internet retailer could provide.

The Wall Street Journal reported that some brands that have already started selling to Amazon stated it gives them higher profits and can be a better alternative to working with department stores. According to the source, in the United States, Amazon's clothing segment, which includes sales from its own lines as well as those from third parties, is expected to increase over the next few years to about $52 billion.

Furthermore, The Wall Street Journal said that Cowen & Co. bank predicted, by next year, Amazon could outrank Macy's as the largest clothing seller in America.