The price of responsible supply chains 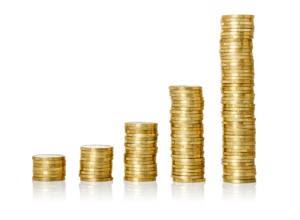 Supply chain transparency, sustainability, environmentally conscious - these are all terms that have been thrown around frequently when discussing supply chains. Consumers everywhere are starting to ask questions about where their products are made and in what conditions. The general takeaway from these conversations has been a push toward more sustainable and ethical practices across supply chains. Yet, one major question remains unanswered. Are customers willing to stomach a price increase for more ethically-sourced products?

The question is being raised once again in light of the recent report by Fashion Revolution and Ethical Consumers which revealed a ranking of supply chain transparency for 40 major apparel brands. The research, which we covered in depth last week, found that 40 percent of the 40 analyzed organizations had no monitoring system in place to investigate whether or not their supply chains were compliant with current labor standards.

These kind of supply chain issues still run rampant across industries and the reasoning has a lot to do with money. While global sustainability is increasingly becoming a consumer expectation, according to Supply Chain Brain contributor Robert J. Bowman, not all customers are willing to pay the price. And a recent Associated Press-GFK poll proves just that.

Respondents were asked to choose between two pairs of pants. The garments were made of the same fabric with identical designs. The difference? One touted a "Made in the USA" label and cost $85 while the other was made overseas at $50. Regardless of their household income, 67 percent chose the cheaper pair.

While this doesn't necessarily directly address poor labor standards, it does clearly indicate that price is a distinct value for American consumers, TakePart explained. According to Starre Vartan, a titan in the sustainable fashion industry, it all comes down to understanding the real-life human price of a cheaper garment and contextualizing the issue in terms of broader societal issues.

"If the people reading support women's empowerment, they will support fair fashion. The vast majority of garment workers in the world (60 million) are women (80 percent), and most clothing is consumed by women," explained Vartan in an email to TakePart. "Are you willing to throw another woman under the bus for a cheaper shirt? Considering how responsive the younger generation is on gender issues in the U.S., it doesn't make sense to dismiss issues of who makes your clothes."

While many major businesses are making some distinct moves to improve the sustainability, transparency and general ethicality of their supply chains, true changes can't be made until consumers are willing to pay the price.