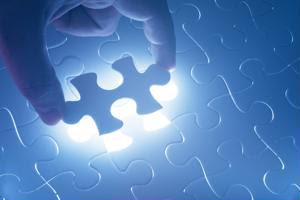 In an industry first, Apple has announced that 100 percent of smelters within the organization's supply chain will be subject to independent third-party audits addressing problems with conflict minerals, reported Bloomberg.

These supply chain products have been linked to violent militia groups throughout the Democratic Republic of Congo and Apple has been working to remove the conflict minerals associated with these groups from its supply chain since 2010.

Apple has not yet declared itself completely conflict-free but the announcement is undoubtedly a huge step forward for supply chain transparency. In total, Apple's supply chain houses 242 smelters and refiners of tin, tantalum, tungsten and gold all of which can be audited without warning by a third party, noted Bloomberg.

"We could have very easily chosen a path of re-routing our supply and declared ourselves conflict-free long ago, but that would have done nothing to help the people on the ground," explained Apple Chief Operating Officer Jeff Williams in a company statement. "We chose to engage with as many smelters as possible because the only way to have an impact here is to reach critical mass."

The inclusion of all 242 supply chain smelters marks a 56 percent improvement in audits since 2013. While more than 1,300 companies file reports regarding conflict minerals every year to the U.S. Securities and Exchange Commission, the ability to fully audit supply chains has been a rare move. Organizations such as Intel Corp. and Kemet Corp. are some of the few entities that have been able to officially declare conflict-free products, explained the source.

Supplying a conflict
For Apple, these conflict minerals appear in mobile-phone processors, motherboards and screen displays. Under the 2010 Dodd-Frank Act the company is mandated to thoroughly investigate its supply chain for minerals.

Gold, tin, tantalum and tungsten, found in jewelry as well as electronics, are the primary materials that have greatly aided the funding of armed conflict in the Democratic Republic of Congo, reported The Enough Project. Since 1994, this struggle has resulted in the death of over 5.4 million people.

"Apple's new supplier report is a model for how companies should be addressing conflict minerals. Apple's tough love with its suppliers is critical to solving the problem of deadly conflict minerals," explained the Enough Project's Associate Director of Policy Sasha Lezhnev. "It offered assistance to suppliers but then took the difficult step of cutting out those who were unwilling to undergo an audit. Firm but fair follow-through by tech and other companies with their suppliers is a key step that's needed to cut off global markets for conflict minerals."

In order to reach a 100 percent audited supply chain, Apple had to play hardball, according to Bloomberg. For a full five years the company "cajol[ed], persuad[ed], and even embarrass[ed] suppliers by publishing their names," reported the source.

In total, the organization has removed 35 smelters from its supply chain for failing to comply with the audits. The push to drop supply contracts with businesses that would not participate started in 2014 for the Cupertino, California-based company.

While the move is noble, there is a lot more work to be done, according to the source. Williams noted that the company plans to spend 2016 refining incident reporting and resolution processes while also putting a deeper focus on its gold supply chain. As a global tech leader, this monumental move by Apple is expected to have a major influence on other industry initiatives.