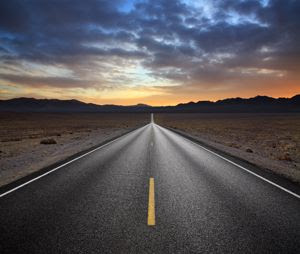 The common person may only consider the state of highways and main streets when they are in shambles after a long winter or ruined during a natural disaster of some sort. For instance, New Englanders despise the potholes and frost heaves left by Father Winter and his army of snow plows, while tornadoes, flooding and snow are the perfect combination for terrible road conditions in the Midwest.

Though we know the roads need a lot of work and we see road crews working tirelessly in the summer heat to smooth out the streets, there always seems to be something left undone. This leaves us with many questions: Why exactly are the roadways in the United States so neglected? Are these state-level issues or is it one of national importance? How can we get the roads up to proper standards and why does it seem to be taking so long? What sort of effect will this have on the supply chain as a whole?

Finally on the road to success?

There's actually been a lot of talk in the higher levels of American government concerning transportation infrastructure recently, although it's mostly about how the May 31 deadline for extending the federal transportation funds is quickly approaching. Unfortunately, there doesn't seem to have been much progress in Congress or the House of Representatives, although a proposed $10 billion extension that could last until the end of the year, reported SupplyChain247. While that budget might seem like a good solution, many believe that it's time to start investing in long-term options and do away with extended funding.

"We just ought to be embarrassed that we have potholes in this country that aren't filled; we have bridges that are crumbling; we have roads that need to be done; we have transit systems that are in a state of disrepair and others that we could be expanding; and we're twisting in the wind," Transportation Secretary Anthony Foxx stated in response to the approaching May deadline.

The issue at hand is not just a matter of money spent by the government, but also a question of how to go about putting money back into the hands of the people and into the economy as a whole. After all, the nation's roads are paths for products to get from one coast to another and for consumers to travel and purchase gas and goods along the way.

While these roads are integral to the economy of the U.S. and there's no chance that we'll abandon them in our lifetime, perhaps it's time we look at the crumbling infrastructure in the context of the century in which we live.

According to the Harvard Business Review, infrastructure is a bipartisan issue and should be reconfigured for the today's technologies and needs. The budget to fix up the roads and bridges that are nearly too dangerous for human passage should go elsewhere, maybe to more efficient means of transportation and greener methods that are more sustainable in the long run.

These new projects could open a lot of doors for the supply chain. Since the roads will need to be improved anyway, supplies and workers will be in demand regardless. But if bullet trains or other forms of transport become more viable options for the country, there will undoubtedly be a supply to meet the demand for these new forms of transportation. We need to see the roads as an opportunity for growth, not a burden that needs to be dealt with in a blase manner.