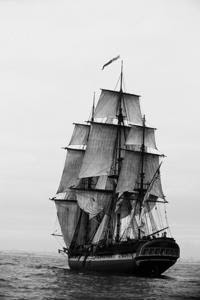 When you think of pirates, your mind probably conjures the image of swashbuckling and bearded men, clad in tunics and leather, possibly sporting eye patches and pointed hats. While these adventurers of yesteryear seem like nothing more than romanticized stories these days, piracy is still a prevalent issue for procurement services around the globe. Modern-day pirates have traded in their swords and ships for military-grade firearms and attack tactics that involve taking the cargo ships and their inhabitants captive.

The threat in both Asian and African waters is very real, and something that needs to be considered when companies rely on global sourcing. How is piracy affecting the supply chain and what can we do to protect the men and women aboard the cargo ships from harm while ensuring the safe passage of the goods they are transporting?

Piracy has been around for hundreds of years, if not longer, but these seafaring criminals have only changed their weaponry, tactics and targeted loot over the centuries. Today, at-risk cargo ranges anywhere from oil and fuel to scrap metal. According to Maritime Executive, 2015 has already seen five major incidents of piracy and general attacks have increased from 29 to 38 over a two-year period.

Most of these attacks took place in the South China Sea and off the coasts of Singapore and Vietnam. The severity of the incidents varies, and pirate attacks have become so commonplace that they are now considered normal to some governments. However, the Chief of Navy for Singapore issued a warning against terrorist activity, which may look strikingly similar to piracy despite having stark differences in intention.

Since the threats on the ocean show no signs of easing up or going away, many companies have taken the safety of crew and cargo into their own hands - much to the chagrin of governing bodies adjacent to the dangerous waters.

While it's a smart investment to hire personnel from private security firms to accompany products on the voyage from point A to point B, these professionals do not always practice within the limits of the law. At times, it seems as though the sea is a vast and lawless entity, but those who traditionally operate within the bounds of the law back on land are still required to conduct themselves legally at sea.

SeatradeGlobal reported that security contractors are becoming increasingly popular in at-risk areas such as West Africa and Southeast Asia. There have been multiple issues concerning the legality of the weapons on board these vessels traveling through nearby waters, as well as the practices in which they are used. In various cases, the firearms that security professionals have could get them arrested in some countries, leaving them to fend for themselves since insurance doesn't cover illegal practices in international waters.

Piracy and the safety of cargo and crew is an issue that is being taken seriously, but also one that could go seriously wrong if ship owners resort to questionable security practices. It is the duty of the supply chain managers, procurement specialists and government agencies to work together and figure out the best way to conduct business and keep safe from pirates while still remaining lawful. Yes, of course it's important to protect the people and products on these ships, it's a matter of integrity and the vessels must also operate under the law, even if there are dangerous groups who decide to defy it.