Home Best Practices Deforestation-free supply chains: the power is yours

Deforestation-free supply chains: the power is yours 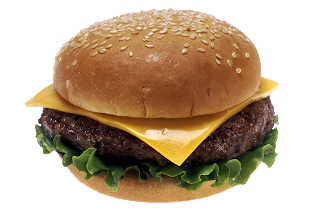 On Tuesday, April 21, 2015, McDonalds pledged a similar oath as Krispy Kreme, Yum Brands, and Dunkin’ Donuts: to terminate deforestation across its entire supply chain. The dictionary of forestry defines deforestation as the removal of a forest or stand of trees where the land is thereafter converted to a non-forest use. The World Wildlife Fund reminds us that the Amazon has lost 17% of its forestry in the last 50 years. An article from The Guardian captured a quote from the Vice President of Agriculture at the World Wildlife Fund:

“McDonald’s brings size and scale to the debate of sustainable sourcing. Their reach is large, they are global, they work closely with the suppliers and so this outreach can only help,” said David McLaughlin, Vice President of Agriculture at the World Wildlife Fund.”

A lesson we can all learn in supply chain: gaining top level support is critical for best results and efficiency.  There will be roadblocks and resistance up the chain of command if a change, even for the better, is coming from an entry level position. People will second guess the idea or plainly reject it due to the source alone. The higher up the title of the person making the changes, the higher the percentage of compliance.

The deforestation commitment from McDonald’s comes from the McDonald’s Worldwide Supply Chain department. Francesca DeBiase, senior vice president of the department explains: "This commitment to end deforestation demonstrates another major step for McDonald's as we work to increasingly embed sustainability throughout our global business," said Francesca DeBiase, senior vice president of McDonald's Worldwide Supply Chain and Sustainability. "Making this pledge is the right thing to do for our company, the planet and the communities in which our supply chain operates. We're excited to continue collaborating with our supplier partners to achieve our goals."

In a way, this supply chain lesson is also a message about accepting responsibility and meeting expectations as a role model. McDonalds may have what many people would deem an unhealthy menu, but regardless of healthy choices, McDonalds holds an estimated 21.7% of the US fast food industry according to statista.com. With over 35,000 outlets in 119 countries it is the world’s largest hamburger fast food restaurant. Other companies may be looking at McDonalds for guidance in regards to social responsibilities, diversity, wages, and other company policies.

Social responsibilities typically include giving back to the community in ways of donations and charities. The Ronald McDonald House, founded in 1974, is a “nonprofit organization whose mission is to create, find, and support programs that directly improve the health and well-being of children” (rmhc.org). One of the top grossing programs is McHappy Day, an annual event where a percentage of the day’s sales go to charity.

The guardian article mentions that “while McDonald’s said that its policy is effective immediately, their actual targets for zero deforestation may be five to 15 years away. This is in line with the New York declaration on forests that it signed at the United Nation’s climate summit in September, along with other global corporations, to end deforestation due to agricultural commodities by 2020 and the loss of natural forests by 2030.”

Even if it takes all the way to the year 2020 or 2030, this is a major step in the right direction. There are many supply chains out there today in various industries responsible for some deforestation. If they are a small or medium sized supply chain the mentality could very well be if the big supply chains are doing it, it must be ok. McDonalds is leading by example and everyone and every company should be doing their best to preserve rainforests and if possible, restore the wildlife and habitations that have already been destroyed.

Picture brought to you by http://vignette1.wikia.nocookie.net/tinytoons/images/f/f1/McDonald.jpg/revision/latest?cb=20140629165650
Best Practices