Home Unlabelled How can unemployment fall but layoffs rise?

How can unemployment fall but layoffs rise? 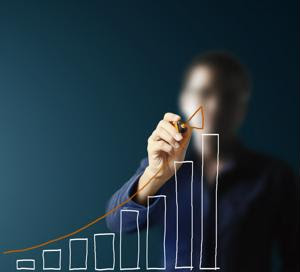 We are no strangers to the economic hardships that the United States has been facing economic hardships since the Great Recession in 2008. Since then, Americans have been fighting tooth and nail to return the country to the economic greatness it experienced in the years before the severe dips hit the stock market. The past seven years have been a long road, but with tenacity and wherewithal, we've climbed out of the pit of job loss and a weak American dollar to emerge on the other side with high hopes and an even stronger national dream.

However, not everything has returned to normal, despite the efforts of the American people to fight against the odds and claim back the lives they knew. Even though unemployment is sinking, the U.S. is seeing fewer jobs created and more layoffs - what's the deal?

After seven years in an economic slump that displaced thousands of people across the nation, the U.S. is seeing the lowest unemployment rate since before the recession hit, reported Jeffry Bartash for MarketWatch. This gargantuan feat is thanks to the government, which created hundreds of thousands of jobs in all sectors to support the American people in their time of need. Though some months have been weaker than others since the efforts began, unemployment is currently at 5.4 percent, which seems like a major accomplishment in light of the much higher rate of unemployment in 2009 and 2010.

Unfortunately, the rate at which jobs are being created seems to be slowing down considerably. In a separate MarketWatch article, Bartash outlined some of the problems that the country is facing in regard to slow job creation. The source indicated that the Federal Reserve's index of labor market conditions fell into the negatives two months in a row for the first time since 2012. Even though the dollar is strong and many more people have jobs than they did just a few years ago, people are wary about spending their money and putting it back into the economy. These issues cannot fix themselves, though the government is certain that the end of 2015 will see unemployment near the 5 percent mark.

While the market is not always responsible for various layoffs that occur around the country, these are still happening at an increasing rate. Long-standing companies such as Blue Bell have had to let some of their employees go in response to contaminated food products, reported Manufacturing.net. While the numbers of Blue Bell layoffs don't necessarily reach the numbers seen during the recession, they deeply impact the community in which the factory resides.

According to a recent report by Challenger, Gray & Christmas, Inc., April 2015 saw the highest number of job cuts in the past three years. The surge topped out at over 61,000 jobs lost in a single month, up a considerable amount from March. Experts explained that the huge drop in oil prices is to blame for the layoffs in Q1, even though gas and oil prices increased later in the quarter.

It appears that no industry is safe from the sinking oil prices and subsequent job loss, but the national government is confident that these setbacks are merely temporary. Perhaps the American people are just wary of the sudden decrease in unemployment and will wait to celebrate the return of our economy.