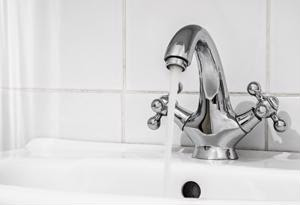 "Rain, rain go away" is not a tune that anyone is singing in California. It's of no surprise that the drought in California is still going strong, with only a few inches of rain falling in the past six months. There have been a number of bans on water usage and what exactly can be in production while the state enters its fourth straight year of an incredibly limited water supply.

Unfortunately, it would appear that there is no end in sight for the parched regions, but the supply chain is still fighting to maintain its pre-drought production level. Not only is this not a sustainable practice for any company in a drought-stricken area, but the state is very close to running out of all its reserves. Northern California has even gone so far as to propose secession to prevent the southern regions from taking the precious resource. What's happening to the California supply chain now that the rainy season is almost over and there was barely any water to speak of?

Crops and clothes in crisis

The supply chain in California is now inundated with a great deal of problems thanks to the lack of rainfall in the past few years. While manufacturers, farmers and suppliers tried to keep a stiff upper lip about the whole situation, it most certainly began to wilt this year under the heat and pressure of failing crops and industries.

ZDNet reported that it takes 1.1 gallons of water to nourish a single almond and more than five gallons for a single head of broccoli. While the farms in California provide 90 percent of the green vegetables that the United States uses throughout the winter, it comes at a very steep price by way of water.

Crops are not the only products taking a hit during this prolonged drought, either. The denim industry in Los Angeles and the other garment manufacturers are feeling the strain from the lack of rain. TriplePundit indicated that many pieces of clothing are treated with water and companies have had to get creative to find alternate methods. Though many denim designers have been ahead of the curve by implementing water conservation efforts as far back as 2010, they will probably face more restrictions if the drought should continue for much longer, as it is expected to do.

Not a drop to drink

Bottled water, an industry that seemed ridiculous 30 years ago, has also been hit hard by the lack of resources. Ethos Water, a sustainable bottled water brand by Starbucks, will be moving its facility from California to Pennsylvania, noted MarketWatch. Though the company supports over 1 billion people worldwide with clean drinking water, it waited to move their production until there were water bans in place.

The water company will be looking to remedy its West Coast distribution efforts in the next few years, vowing to only produce in areas that can handle production on such a large scale. The bottled water industry is quite lucrative, with the whole market currently valued at $600 billion, reported the source.

The drought isn't just affecting businesses in California - the citizens who live there are placed under a strict ban that shows no sign of letting up. Fresh water can be considered the world's 21st century oil in terms of value and commodity, though it can be argued that water is more important to human survival. Hopefully the end of the drought is coming close, because California's supply chain is thirsty and is in desperate need for some water.