Procuring graphite in the 21st century 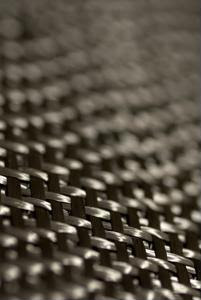 Not too long ago, we wrote a piece about graphene - an incredibly thin compound made up of carbon atoms that has been regarded as the material that will bring computing, medicine and other scientific disciplines to the next level.

While the substance offers advantages in the way of mass production and affordability, use cases remain less definitive. One thing is for sure: The way in which graphene is used by this century's manufacturers and scientists will send a rift through the graphite industry.

The general consensus among some purchasing management experts is that nearshoring or reshoring production can reduce supply chain risk and expenses. However, in order for a manufacturing boom to occur in North America, the United States and Canada need to allow miners and mineral fineries to establish operations more easily.

As far as the graphite market is concerned, the continent doesn't have much of a share of the production economy. According to Northern Graphite, China produces 70 to 80 percent of the globe's graphite supply - 70 percent of which is fine or amorphous while the remaining 30 percent is flake. During the offshore manufacturing trend that swept North American in the '90s, Chinese production drastically reduced the price of the material.

However, the Chinese graphite economy isn't faring as well as it did 20 years ago. The source maintained that Chinese production capacity is being consolidated - in 2012, China invested $150 million to create Southern Graphite Ltd., a state-owned company that is scaling down from 230 graphite mines to 20, which will reduce the nation's output by 90,000 terapascals (TPa).

In addition, Chinese operations have been criticized as being antiquated, and are characterized as possessing poor labor and environmental standards. Serious modernization, policy revisions and a 20 percent export duty on graphite will certainly raise the cost of the material at a time when demand is increasing steadily.

One of the reasons why demand for graphite is rising is that those participating in the automotive industry have expressed considerable interest in flake graphite. IndustryWeek acknowledged collaborative efforts between Ford Motor and DowAska, a joint venture between The Dow Chemical Co. and Aska Akrilik Kimya Sanayii A.S., which focuses on the graphite industry. Through the accord, the two enterprises intend to conduct research into high-volume manufacturing techniques for automotive-grade graphite.

Carbon fiber has grown more popular among vehicle manufacturers for the substance's light weight, which would make cars and trucks more fuel-efficient. Ford and DowAska are combining efforts to identify and implement a system that subverts the high cost and scarcity of carbon fiber.

"This collaboration helps us accelerate our efforts to create lighter automotive-grade composite materials that benefit customers by enabling improved fuel economy without sacrificing strength," said Ford Global Manager of Materials and Manufacturing Research Jim deVries, as quoted by the source.

Patrick Blanchard, supervisor of Ford's Composites Group, maintained that the applications of carbon fiber are quite diverse, and could be implemented in more components than simply the body.

"Our goal is to develop a material that can greatly reduce vehicle weight in support of improved fuel economy for our customers," said Blanchard to IndustryWeek. "The flexibility of the technology allows us to develop materials for all vehicle subsystems across the product line – resulting in a weight savings of more than 50 percent compared to steel."

While Ford and DowAska's accord is a positive step forward for the graphite industry, it's an indication that the carbon fiber sector is one that hasn't come to fruition yet. Procurement officers working in the automotive industry would do well to advise their employers to participate in efforts similar to that of Ford's, but purchasing carbon fiber to build vehicles simply isn't viable.