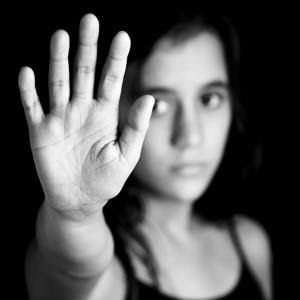 Arms procurement is a tricky business, both from a seller's side and a buyer's standpoint.

From the former's perspective, military equipment manufacturers must be cognizant of the implications of providing combat assets to certain organizations. From the latter's viewpoint, maintaining a reputation of ethicality is a priority, as any signs of human rights abuse will make it difficult for such an entity to purchase materials.

In regard to purchasing concerns, a different approach to procurement must take place. In addition to ensuring an organization is providing its personnel with quality arms, it must walk a fine line between transparency and confidentiality when building supplier relationships.

According to the Agence France-Presse, Germany has decided to halt arms distribution to Saudi Arabia, citing the region as unstable. On Jan. 21, the German national security council, which includes Chancellor Angela Merke​l and Vice Chancellor Sigmar Gabriel as well as seven other ministers, made the official judgment.

With this move comes the loss of what was once a strong seller-supplier accord. Saudi Arabia purchased approximately $400 million worth of arms from Germany in 2013. However, from the perspective of many German citizens, maintaining this connection isn't worth it - 78 percent of Germans assert their country should cease Saudi arms sales due to human rights violations.

Why has Germany elected to alienate Saudi Arabia? Human Rights Watch noted Saudi Arabia increased arrests and trials of "peaceful dissidents" in 2012, and reacted with measured force against citizens who conducted protests or other demonstrations.

What's most disconcerting for German citizens, as well as many people throughout the world, is Saudi Arabia's neglect for women's rights. HRW cited one instance in which a car chase by religious police left the driver's wife and daughter in critical condition. After the injured parties were transported to a hospital in Baha, the doctors could not amputate the wife's hand because there was no male legal guardian to sanction the procedure.

Procurement has its limitations, and as general human rights awareness has quickly become the norm among global citizens from all corners of the world, it makes sense that Germany and other nations will cease arms shipments to nations that disregard this sentiment. This makes the issue a widespread administrative and institutional problem.