Home IT AI: How will purchasing management scrutinize the risk factor?

AI: How will purchasing management scrutinize the risk factor? 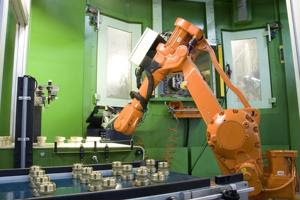 Procuring systems that will establish and support smart factories is one thing, but implementing technologies associated with artificial intelligence is a different kind of animal.

In many respects, one could argue that smart production facilities' use of analytics to initiate tasks, tailor factory priorities and adjust worker responsibilities according to real-time changes is a form of AI in and of itself. However, this level of operability is just the beginning.

The impact on the human workforce

It may be strange to associate AI with human rights issues, but this is a concern among academics, technology leaders and others participating in the IT sector nevertheless. While visions of post-apocalyptic scenarios in which a self-aware machine terrorizes what's left of humanity are far-fetched (or not, depending on who you speak to), there's no doubt that AI will have a profound impact on the manufacturing workforce. The problem is, it's somewhat difficult to ascertain what those exact changes will be.

From a spend management perspective, if it's more cost-effective for a factory, service or other business to replace a portion of its staff with artificially intelligent machines, then all the better for the company's profitability. However, there's a human issue at stake here - the world's population is rising, which means the growing global unemployment rate will be further exacerbated if robots enter the mix.

While gross labor replacement has been on the minds of many who think about AI's impact on the manufacturing sector, some analysts, such as authors Erik Brynjolfsson and Andrew McAfee, believe that displacement is likely to occur. The Washington Post commented on Brynjolfsson and McAfee's book, "The Second Machine Age: Work, Progress, and Prosperity in a Time of Brilliant Technologies," which maintains that AI will create new jobs for workers who lost positions overtaken by machines.

That being said, this prediction isn't set in stone, and ensuring that people remain employed in the upcoming year may involve implementing certain policies. What those policies will be is somewhat ambiguous, as a monumental takeover of machine-based labor hasn't necessarily occurred, although some would argue otherwise (Brynjolfsson and McAfee cite TurboTax's impact on tax preparers, for example).

Speaking of policies designed to curtail the negative effects of AI, the Agence France-Presse referenced an open letter signed by Stephen Hawking, SpaceX CEO Elon Musk, Skype co-founder Jaan Tallinn and numerous academics and professionals that calls for renewed concentration on the ethical and societal implications of the technology.

"There is now a broad consensus that artificial intelligence (AI) research is progressing steadily, and that its impact on society is likely to increase," said the letter, as quoted by the source. "Because of the great potential of AI, it is important to research how to reap its benefits while avoiding potential pitfalls."

The Agence-France Presse cited several instances in which legal matters will likely be integrated into the procurement and implementation of AI. For instance, there is no clear answer to the question of how to properly treat automatic weapons that may target people without discrimination. In addition, what happens when a person in a self-driving car gets into an accident? Who is held responsible?

Spend management officers often regard the potential costs associated with governance, risk and compliance when assessing monthly or yearly corporate expenses. To put the aforementioned concerns in perspective for those in the manufacturing, consider the legal repercussions associated with a person who sustains a grievous injury caused by an automatic forklift. Is the manufacturer that purchased the forklift responsible for the incident or is the company that made the forklift? It's a question that may have an answer in the next decade or so.