Home Unlabelled Did 2014 signal the end of physical piracy?

Did 2014 signal the end of physical piracy? 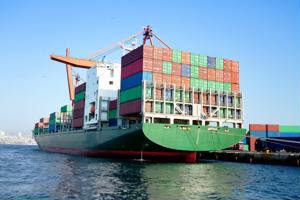 Compared to the number of attacks that occurred between 2009 and 2013, 2014 was a relatively tempered year as far as oceanic piracy is concerned.

Statista noted 445 instances of ocean liners being infiltrated by pirates in 2010. Last year, that number decreased to 72 - a signal that the contentious environment that has stirred apprehension among procurement management officers and other professionals involved with the supply chain has largely decreased.

The question is: Are distributors out of the water? In order to determine whether ships can freely traverse the globe's waters without taking precautions to protect themselves against pirate attacks, it's important to assess whether ocean-bound plunderers are simply employing new tactics or are hitting other logistics assets.

Somalia has typically received the most attention in regard to pirate attacks, and a significant reduction in activity from pirates originating from that nation has contributed to an overall reduction in global piracy. The Seychelles News Agency noted that consistent victories over al-Qaida-linked Somali terror group al-Shabaab by the African Union Mission has weakened the organization's hold over territories that have served as bases for Somali pirates.

Depending on who you speak with, a number of factors contributed to the rise of Somali pirates. The Telegraph reported that a lackluster fishing economy and the country's political collapse in 1992 spawned a nation berated by consistent clan wars. In the midst of a monetary environment that offers meager standards of living for those who choose to earn money through legitimate means, piracy presents itself as an attractive trade to up-and-coming denizens who want to rise out of the poverty they have been accustomed to.

"Young people get attracted into this business because there is very high unemployment here, almost 100 percent, with no factories or industry," said former Puntland Interior Minister Mohamed Kalombi to the source. "But now they see the chance to make millions of dollars through crime. With their money, the pirates are buying weapons and even bribing the justice institutions so that they will not be caught."

While the election and acceptance of political moderate Hassan Sheikh Mohamud in late 2012 has brought a level of stability to the country, what precautions did enterprises take to deter pirates from disrupting their supply chains?

The rise of mercenary forces?

Reuters noted the Queen Mary 2, a British cruise liner that carries 2,500 passengers and 1,300 crew members, apparently hires armed private contractors to escort them through waters that are at​ risk of encountering pirates. This precaution has become routine for Cunard, a British ocean liner company. Although exact security measures were not disclosed to the news source, the company did confirm that mercenaries aboard other vessels regularly carry assault rifles similar to that of M-16s.

Despite the prevalence of private contractors, military networks are often leveraged for protection. Reuters referenced the establishment of the UK Maritime Trade Organisation, which allows British container ships, tankers, cruise liners and other vessels to register with UKMTO when they're traversing contentious waters.

Not out of the water yet

While these and other security measures have generally discouraged Somali pirates from conducting hijacks, Southeast Asia has not been exempt from such attacks. Maritime Executive noted that initiatives taken against small tankers throughout the region rose by almost 50 percent between 2013 and 2014.

West African nations are also experiencing instances of piracy. The source noted that oil tankers have become the primary targets of Nigerian pirates. It appears, for the most part, these perpetrators are looking to steal the resource as opposed to holding vessels as ransom.

Regardless of these measures, consulting experts who keep a close on the wax and wane of piracy is advisable.