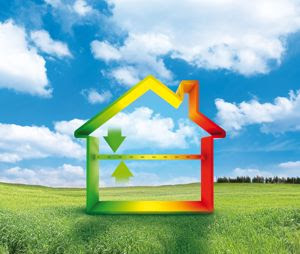 When an organization's leaders bring up energy goals, it's typically along the lines of seeing how consumption can be reduced.

A case of supply and demand

Why do professionals attempt to push power reduction initiatives? It's likely because of where their companies are sourcing electricity from. According to the U.S. Energy Information Administration, in 2013, 67 percent of the nation's electricity was generated from coal, natural gas and petroleum - 39 percent of which was generated by coal-fired plants.

It's no secret that fossil fuels create emissions that have been associated with environmental damage and human health risks. So, the more electricity an entity demands, the more coal, natural gas and other resources need to be used to produce it.

What if these power consumption reduction initiatives were eliminated completely or goals were simply "more attainable"? To make this reality, start with assessing where an organization, state or other such entity is purchasing its energy from.

From a strategic sourcing perspective, things can grow more complex depending on the size of an enterprise. For instance, it's more difficult for a procurement officer working at a business with 100 offices distributed throughout the United States to build an accurate electricity sourcing profile because each office may use a different utility. In addition, it's not easy for a power company to determine whether a facility is receiving electricity generated by a wind farm or coal-fired plant if the electricity is "pooled" together.

At times, it's appropriate to take the effort away from the grid. The Associated Press noted that California Governor Jerry Brown made progressive steps to reduce the state's energy consumption in early January, raising the standard for gas-powered cars to 35 miles per gallon and encouraging use of electric vehicles and automobiles powered by alternative fuels. An order submitted by Brown in 2012 obligates California to have 1.5 million zero-emission vehicles on state roads by 2025.

Brown also supported efforts that will ensure California residents will receive 50 percent of their electricity from solar, wind and other renewable energies over the next 15 years. As of this year, California's utilities already generate 25 percent of their electricity from green sources. Current projects hope to raise that figure to 40 percent by 2024, according to American Council On Renewable Energy SVP of Policy Todd Foley.