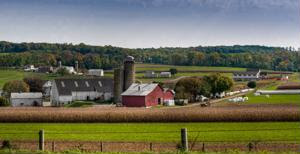 Chain restaurants and nationwide supermarkets are faced with the difficult challenge of meeting the demands of educated customers. Now more than ever, consumers living in developed countries desire fresh, responsibly grown produce that wasn't injected with genetically modifying substances. This level of cognizance has led some food companies to hire vendor resource management providers and others to invest in procurement technology.

Adapting to a global economy

Merely telling consumers that a head of broccoli is organic by slapping a label on it isn't necessarily enough. Yet, that doesn't change the fact that supermarkets and restaurants still need to provide customers with particular products that cannot be grown in domestic climates or during an off-season. According to Supply and Demand Chain Executive, this has led many of these organizations to source exotic foods such as bananas and mangos from plantations located thousands of miles away.

Though this process satisfied immediate demand, it exposes firms to a higher risk of contamination, fraud, poor quality and even bioterrorism. As a result, nations such as the United States have imposed stringent safety and compliance regulations in order to deter such instances. However, the source cited a report developed by Frost and Sullivan which showed that 76 million food-related illnesses were recorded in 2013, with the U.S. government spending $40 billion on treatment rather than preventative measures.

What are the options?

Food companies are faced with a couple of choices. Some have discovered that it's best to weigh the pros and cons of outsourcing to third-party logistics providers that can give them a more accurate perception of where their food originates from, while others may find it in their best interest to invest in supplier relationship management software, which gives enterprises diagnoses of a producer or manufacturer's practices.

Of course, there's always the option of prioritizing which products can be locally sourced. MassLive reported that restaurant owners throughout Massachusetts are hiring "food hubs" to connect them with farmers within their area who can supply them with basic produce. Many of these intermediary organizations orchestrate and manage dozens of connections between mom-and-pop diners, chain restaurants and growers throughout the state.

Ultimately, this practice allows kitchen managers to provide customers with more details regarding the food they're serving. In addition, as transporting the goods doesn't take as long, preservatives don't need to be added to products such as tomatoes or spinach due to the fact that the produce will stay fresh for a longer period of time.