Home IT Climate change and the impact of global sourcing

Climate change and the impact of global sourcing 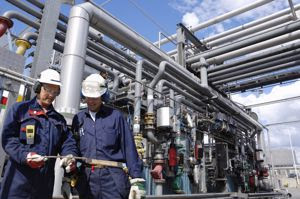 At a time when the global economy seems to be on a steady path toward recovery, legislators throughout the world are refocusing on an issue that may radically change strategic sourcing practices from across the globe. Thus far, the industrial demands of the earth's denizens have exceed their ability to curtail climate change, which has the potential to significantly transform the distribution landscape.

Lawmakers have attempted to enforce greener policies in an effort to prevent global warming, but scientists with the United Nations are claiming that rising temperatures are imminent. Therefore, it's important for enterprises, governments and shippers to determine how this transformation will affect global sourcing strategies.

According to Elaine Kurtenbach, a contributor to The Big Story, Saleemul Huq, director of the International Center for Climate Change and Development at the Independent University in Bangladesh, claimed that Asia's rapid urbanization and increasing economic importance will make the region a crucial element in how humanity copes with the shifting environment.

The Intergovernmental Panel on Climate Change released a 32-page report outlining how the procurement process of various continents and locations around the globe will be affected by the heat. It is predicted that Asian countries will possess a dire need for health care-related products and food, as nations such as China and India are expected to encounter floods, droughts and mosquito-borne illnesses as a result of climate change.

When being ecologically-friendly doesn't come from a mandate

According to Industry Week, the U.S. Congress convened for an overnight session earlier this month to discuss possible solutions to curtail the effects of and significantly hinder climate change. Everything from emissions caps focused on manufacturers and distributors to tax breaks for those using green methods were open for debate. If those transportation logistics professionals and production companies are faced with new environmentally-driven regulations, the situation is likely to change spend management procedures in the following ways: