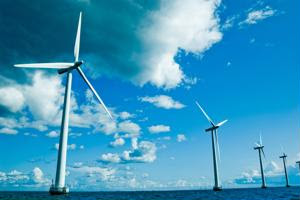 Currently, China stands as the world's largest emitter of carbon dioxide and several other greenhouse gases. Though the nation is mostly associated with being both the largest producer and consumer of coal, its government is making significant investments in renewable energy. This change in policy is sure to transform the country's strategic sourcing for green technology.

A leader in renewable energy?

Although China produces much of its own renewable energy material, experts anticipate that a fair amount of the necessary products will be obtained from foreign developers. According to Clean Technica, the Federal Energy Regulatory Commission, China Electricity Council and the Chinese National Energy Administration concluded that the Southeast Asian country's critical infrastructure currently stands at 1.25 trillion watts. The source noted that the government recently prohibited power companies within the country from consuming more than 3.5 billion tons of coal.

The cap is part of an effort to curtail China's fossil fuel procurement process, as consistent consumption of these resources has led to widespread air and water pollution throughout the country. In addition, the source noted that China has become the world's largest generator of wind power, some of which is installed off-shore. Just under 30 percent of all renewable energy accounts for the country's overall electricity output.

Clean Technica noted that China has surpassed the U.S. in both smart grid technology and critical infrastructure investment. In an effort to update its grid, China spent $63.5 billion in order to accommodate capacity requirements for the addition of new energies. Foreign companies dictate whether domestic or foreign materials are used to implement these improvements.

A report released by multinational, India-based wind turbine producer Suzlon Energy projected that Chinese power demand is expected to grow by 75 percent by 2035, which will account for almost a third of the world's consumption. It's possible that the rate at which China can adequately manufacture necessary materials will be outpaced by how much electricity its citizens require, driving the country to organize its procurement management around obtaining foreign goods. By 2030, the source anticipated that 400GW of wind energy will make up China's overall electric infrastructure.

As producers of solar and wind technology are distributed all over the world, it's probable that overseas companies offering cheaper or better-developed goods may find an influx of business in China's grid. Nations across the globe are implementing policies geared toward fostering renewable energy consumption, creating a burgeoning green technology manufacturing market as a result.