Home Unlabelled EU looks to cut back on food waste

EU looks to cut back on food waste 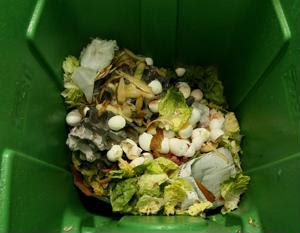 Anticipating the demand for food can be especially challenging for those involved in the edibles procurement process. Between magazines praising particular vegetables for their health benefits and the low cost of processed, frozen produce, figuring out what consumers want is quite difficult. In some areas of the world, the supply of food is quite slim, whereas other nations suffer from obesity as a result of overeating.

Though food companies are typically held responsible for waste, recent studies would suggest otherwise. According to The Guardian, a study conducted by the United Kingdom's House of Lords noted that consumers are responsible for approximately 42 percent of uneaten edibles while only 5 percent of the blame lies on the way in which retailers sell products to households. Though many would attribute lethargy and poor eating habits to the statistics, researchers found that people who typically cook from scratch are often guilty of contributing to food waste.

In addition, a desire to eat well has driven up the demand for fresh fruit and vegetables, prompting distributors to organize their strategic sourcing around obtaining these coveted items. The problem is, people forget that these products can only be preserved for so long in refrigerators. At the slightest hint of decay, consumers may throw out a bundle of kale or broccoli.

In response to the study, The Poultry Site reported that the European Union Committee of the U.K. called for the redistribution of wasted food and developing a policy that defines a tarnished edible item. Although the task of effectively monitoring and managing such a practice is difficult, members of the House of Lords claimed that something had to be done in order to mitigate the issue.

"Retailers lie at the heart of this approach," noted the report, as quoted by the source. "They influence the behavior of producers, manufacturers and consumers but, thus far, have failed to take their responsibilities seriously."

A few members of the committee stated that procurement management strategies should refocus on delivering surplus food to charities and the needy. This procedure would necessitate assiduous attention from logistics experts using predictive analytics tools so that excess materials can be anticipated. Other House representatives claimed that wasted food should be redistributed to livestock farms and used as feed. Either way, each option requires a strong team of product supply professionals to orchestrate such endeavors.