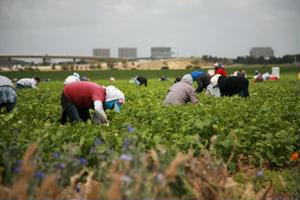 Enlightening documentaries such as "Food, Inc." and insightful literature such as "The Omnivore's Dilemma" have shaken the global food industry. Now more than ever, consumers are looking for ways to ensure that the products they're consuming are being sustainably grown, produced and distributed, leading many corporations to include environmentally and socially responsible practices in the procurement process.

The fair treatment of livestock

Though organic, ethically grown edible material is often favored by those residing in economically developed nations, people are also paying attention to how animals are being raised and how they are killed. Due to revelations regarding inhumane practices in numerous slaughterhouses, many consumers have abstained from eating meat entirely. Those who continue to consume such products want to ensure that all livestock is being fed a proper diet and exterminated in a respectable manner.

As a result of constituent desires, many governments have even developed legislature to penalize food companies that fail to exercise humane procedures. According to Farm Weekly, the Australian Department of Agriculture is currently investigating Livestock Shipping Services' cruel treatment of cattle being shipped to Gaza after footage was leaked from an organization that enforces responsible distribution methods. In order to eliminate such unfavorable activity, federal authorities are using procurement software that can help them deduce which countries are applying best practices to their livestock acquisition processes.

Annie Castellani, a contributor to Highbrow Magazine, noted that gimmicks such as taking a picture of executives dressed in Earth Day-themed clothing and building a garden no longer makes the cut. Instead, food companies need to implement strategic sourcing that involves sustainability throughout all facets of the edibles acquisition process. Aside from ensuring that all products are being distributed in an environmentally friendly manner, corporations are giving business to farmers who exercise responsible growing methods.

This tactic is used not only to satisfy the demands of consumers, but to ensure that future generations will be able to lead healthy lives. According to an alarming report conducted by the United Nations, an additional 2 billion people will live on earth by the year 2050, which is expected to put an enormous amount of pressure on agricultural resources. Castellani noted that food companies are responding to this statistic by outlining practices in their procurement management strategies that will reduce water usage, eliminate deforestation localize produce and livestock sourcing.

In order for the human race to survive, it's imperative that organizations begin making united commitments to responsibly obtain and distribute food.