Home Facility Management Logistics hub to be constructed in Oman

Logistics hub to be constructed in Oman 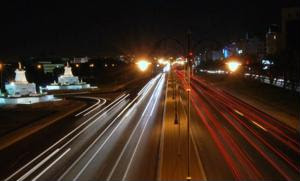 Located just below the Strait of Hormuz, Oman serves as a key player in the global energy procurement process. Iranian and Iraqi oil producers ship millions of barrels of the material from their respective ports on a regular basis, often rendezvousing with Omani vessels to deliver to countries located all over the world. In addition to fossil fuel transportation, Oman plays a signature part in the distribution of materials bound for Yemen, India and the Middle East.

According to Arabian Supply Chain, Ahmed al Azkawi, project director of the Omani Supreme Council of Planning, publicly stated that the nation will begin construction of a 90-square-kilometer logistics center in South Batinah at the end of this year. Al Azkawi informed the press that the endeavor will be completed by 2030. It is hoped that the initiative will invigorate the growth of a distribution-based economy.

The news source stated that the South Batinah Logistics Hub will consist of the Sultanate's first ever inland port, featuring zones dedicated to supporting multi-modal transactions, light industries, commercial services, warehousing and procurement management. In addition, infrastructure will be built to supplement the livelihoods of South Batinah workers, such as residential developments, convention centers and leisure areas.

Conrad Prabhu, a contributor to The Oman Daily Observer, claimed that the ambitious project is appropriately located between Muscat and Sohar, connecting the two regions through commercial road and railways, ocean ports, airports and manufacturing hubs. Many claim that the region will become a key participant in both domestic and Asian strategic sourcing. Al Azkawi told the news source that the initiative will bring other residual markets to South Batinah, such as hospitality and tourism.

"Imports by sea, air or land will go into the logistics hub, where it will be value-added and then go out in the form of exports or goods for distribution within the country," Al Azkawi said to The Oman Daily Observer. "The goal is to build a state-of-the-art facility, which offers one-stop-shop services to logistics providers and customers and thereby promote Oman as a gateway to the region."

Al Azkawi also noted that the inland port aims to foster growth in private sector logistics and industry, decrease empty container activity on highways and mitigate the congestion of commercial traffic in Muscat. Al Azkawi and the Supreme Council of Planning's proactive efforts to boost the Omani distribution market shows that the country intends on being a major player in the southwest Asian market.