Logistics Series – Blog 7 – How the COVID-19 Outbreak Has Affected the Marine Fuel Market. Is Now the Right Time to Hedge?

Logistics Series – Blog 7 – How the COVID-19 Outbreak Has Affected the Marine Fuel Market. Is Now the Right Time to Hedge?

We are currently living through unprecedented times. One of the most scary/frustrating components to a global event like the COVID-19 outbreak are the uncertainties that accompany it. When the world is unsure how life will be one week, one month, three months or even a year from now, the natural reaction is to start putting plans in motion to help combat potential issues associated with the disruption. The key though, is to still be strategic in that approach and not work outside of the box just for the sake of trying something different. 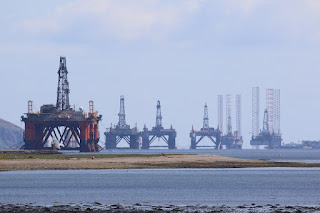 In a very specific example, we are going to look into the state of marine fuel and how in just three months, the industry has been flipped upside down. All throughout 2019, the industry was preparing for the new regulations that were going into effect on January 1st, 2020. The IMO (International Maritime Organization) 2020 low sulfur regulations were going to increase the cost of marine fuel globally buy a significant amount. The fuel purchased by logistics companies who operate container ships, by travel companies who operate cruise ships or even by local ports services who operate tug boats or ferries, were all going to see their cost of fuel in 2020 go up drastically from previous years. A large amount of the cost associated with the increase would eventually be passed along to end buyers or consumers but in efforts to help combat raising costs, early 2020 saw a good amount of effort by fuel purchasers to hedge.

For a lot of companies who spend good money on marine fuel, locking in a price for either a 3 or 6 month stretch, could be a great way to guarantee some stability in their cost moving forward. If there is a shortage of the higher quality marine fuel or if the global economy expands its operations and the need for that fuel could surge even further, the cost would most likely go up as well. So when companies were given the chance to hedge, it was considered a wise move to engage in that fixed fuel contract.

As it turns out, the cost of oil has significantly decreased since January 1st. A roughly 60% reduction in cost per barrel on crude oil has some companies trying their best to rework their fixed contracts. In most cases, unless you are one of the largest marine fuel consumers in the world, there is virtually no chance for any re-negotiating.

The price of oil was already on the decrease but when the Coronavirus hit widespread around the world, the global economy has taken a major hit. The rapid decrease in the demand for oil and fuel has caused the price of oil to hit that 60% drop-off number and now those companies who decided to stick with the spot buying market, really have an advantage once the world begins to resume its more regularly scheduled programming.

Predictive analytics are often critical to buying or sourcing strategies. The COVID-19 outbreak was almost impossible to predict. A lot of unknowns await. Those companies who were willing to roll the dice back in January and trust in their purchasing expertise and overall knowledge of the commodity they buy, in this case marine fuel, have an advantage at the moment. The key will be to closely monitor the next several months and be ready for any sudden change to the system. 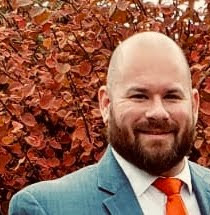