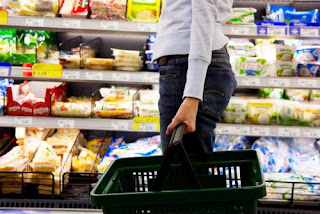 When the economic slowdown around the coronavirus first hit in the U.S., people were used to seeing footage and photos of long lines and empty shelves at grocery stores nationwide. This was a natural effect of people rushing to stores to stock up on essentials and non-essentials alike, including bread, eggs, bottled water, toilet paper, hand sanitizer and more.

Those images also induced fear that shortages of highly in-demand items would be common throughout this period of prolonged isolation, but that hasn't been the case, according to Slate. While food supply chains are certainly a bit more strained than they once were, when there wasn't an extreme level of demand for a relatively small number of items, food producers and supply chain companies are already reacting positively to the shift.

While it may still take a bit longer until everyone gets back to the proper levels to truly meet demand in the next few months, consumers and partners alike can rest assured knowing the supply chain will remain strong for the time being, the report said. When it comes to nonperishable food items, similar shortages are starting to be seen simply because producers of those items need to react as well, but they are doing so. That's more of a logistical problem, though, and it should be sorted out within a few weeks.

Bouncing back in unexpected ways?
The supply chain is just like any part of a supply-and-demand system: People stock up on certain items that last a long time (such as toilet paper) that they will go through slowly, meaning that in the near future, it will be common to see stores loaded up with those items once again, according to CNBC. However, that won't likely be the case with food.

While producers are rebounding, this stark shift in buying habits will still result in food shortages - at least for certain items - for the foreseeable future, the report said. Overall, there's no reason to fear any major shortages, especially as companies continue to shift strategies.

"The brand that you normally want may not be available. But, hey, there's some other kind of pasta," Daniel Stanton, a supply chain expert and author, told the network. "Or instead of rice, we're going to have potatoes for dinner. The U.S. produces a huge amount of food. We're also an exporter of food, so we're going to be OK."

How the logistics industry is reacting
Food distribution titan Sysco is also shifting its operations to better meet demand in these trying times, according to FreightWaves. Some aspects of its business have ground to a halt thanks to bans on public gatherings (like sporting events) and school closures, so it has shifted more of its fleet of 14,000 delivery trucks and vans to grocery supply for supermarkets, convenience stores, restaurants and more.

In addition to transporting food, the firm - with more than 69,000 employees - is also getting into distribution of cleaning supplies, the report said.

The more companies in the supply chain can do to work with their partners on strategy shifts in the near term, the better off they are going to be when it comes to weathering this storm.