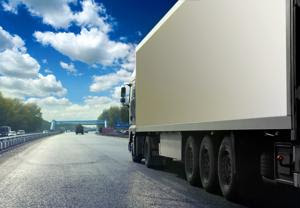 A few months ago, XPO Logistics Inc. announced that it was acquiring Con-way Inc., making it the second-largest less-than-truckload service company in the country. Through this purchase, the LTL provider obtained a handful of individual components, including Menlo Logistics, Con-way Freight, Con-way Multimodal and Con-way Truckload, all of which have helped accelerate the global business opportunities available to XPO, specifically within the transportation brokerage and contract logistics market.

At the time, XPO CEO Bradley Jacobs stated that this deal provided the company with "an unprecedented opportunity to create value for [its] customers and investors."

Freight and transportation expansion
The organization has recently decided to reject the final bids made last week by three trucking businesses to buy Con-way's truckload division, which went on sale in the middle of last year, The Wall Street Journal reported.

Jacobs explained to the source that the truckload operations of Con-way are different than what XPO usually deals with. The two companies have varying processes for distribution, since LTL transporters, which is what Con-way has primarily used, carry a combination of shipments to and from multiple locations, whereas XPO has mainly operated with a one-truck-per-customer model.

"We went through the process, we compared the offers we got with what we think we could do with it and I think we can improve it by integrating it and bringing it lots of new customers from our other service lines," Jacobs explained to The Wall Street Journal.

Over the past year, the business' shares dropped 41 percent. After the deal was finalized, approximately 200 Con-way employees were let go and seven terminals were shut down, the news source revealed. A month after the acquisition announcement, Tony Brooks was appointed to head the Con-way LTL division. This truckload sector accounted for about 14 percent of the organization's total revenue, which was $2.7 billion in the first half of 2015.

Logistics investments
"Now we're going to go full force on decreasing our empty miles and building on those 10,000 customer relationships we already have," said Jacobs.

The Con-way acquisition was one of many investments XPO has made over the past few years that have fueled its rapid expansion and enabled it to become one of the biggest providers of logistics services today. The news source also noted that cross-selling is one of the strategic tactics XPO is using to drive revenue.
Procurement News