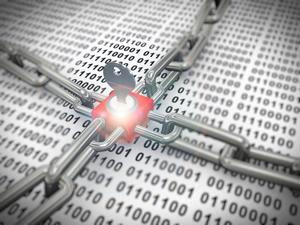 There are many reasons why companies should focus on enhancing levels of supply chain security. As businesses begin shifting toward the Internet of Things and abandon the traditional model of operating in silos, they face increasing complexities for data protection and risk mitigation. But it is not just cyberattacks that organizations need to safeguard their supply chains against.

The Transported Asset Protection Association's Incident Information Service report revealed that the occurrence rate of cargo crimes last year was the highest it had been in five years, Will Waters of Lloyds Loading List revealed. According to TAPA, there were 1,515 freight theft cases reported in 2015, marking a 37.4 percent annual growth rate. These crimes have been especially prevalent in Europe, the Middle East and Africa, or EMEA, which could be due to the region's governments and police authorities collecting data and sharing with TAPA in hopes of helping the organization increase supply chain security.

"We know that the number of cargo crimes reported by TAPA and others still only reflects what may be a relatively low percentage of overall cargo crimes," said TAPA EMEA Chairman Thorsten Neumann, according to the source. "Often this is because freight thefts are recorded by law enforcement agencies only as commercial property or vehicle crimes, so it is difficult to extract the data that specifically relates to supply chain losses."

Increasing rates of stolen cargo
Waters also reported that most of the cargo crimes reported to IIS involved vehicles, often in areas where a driver would pull off the main highway to take a break. In some of these cases, the truckers were hurt or attacked.

Although rates of cargo theft are especially high in the EMEA region, the issue of securing shipments also affects the United States. According to Overdrive Online, Freight Watch International's annual report revealed that although the number of cargo crimes recorded last year was fewer than the previous year, threats to supply chains are growing. Of the 754 theft cases recorded in 2015, averaging $184,101, most happened on either Saturday or Sunday and nearly half occurred in California, Texas or Florida.

Furthermore, similar to the TAPA findings, the FWI report showed a whopping 86 percent of cases occurred in parking or dropping areas that were unsecured. The news source indicated that U.S. companies are still at supply chain risk because the thieves are becoming more structured and strategic in the organization and execution of crimes.

"Using intelligence to combat cargo crime is not just about protecting goods owned by major global corporations, it is also about protecting the wellbeing of people working in the supply chain that we rely on to deliver our goods," Neumann explained, according to Waters.

Insuring safe shipments
To improve supply chain security, TAPA recommends businesses adhere to Facility and Trucking Security Requirements set forth by the association. In addition, the organization is encouraging companies in all regions to work with law enforcement agencies to get a better picture of where, how and why cargo crimes are occurring because, with this knowledge, corporations will be better equipped to prevent them.

Another important aspect of supply chain security pointed out by Bob Andelman is an article for Global Trade Daily is insurance. If company leaders are willing to invest in property or health insurance, the source indicated, they should do the same for cargo since not having it can put them at risk for financial loss due to both stolen and damage shipments.

Andelman said that it is not when cargo is in transit that it is most at risk but, rather, when it is at a stopping point. As he worded it, "Cargo at rest is cargo at risk."

Travelers Inland Marine Crime and Theft Second Vice President Scott Cornell told Andelman that the reason shipping crime rates have been so high in certain states is because of the lack of security and accessibility controls at the ports, as well as the inability for companies to regulate operations at truck staging phases. Although it is technically a requirement for transportation drivers to provide their worker identification cards to access the port, there are ways around this.

For example, Cornell explained, "[the drivers with ID cards] will, on a daily basis, go in and out of the port to get the loads and bring them out. They'll stage those loads in areas just outside the port, so that the drivers who aren't working with port access can pick up loads and move that cargo to the final destination. That creates opportunity, a smorgasbord of cargo for the bad guys."

According to the source, in order to reduce the negative impact of lost, stolen or damaged shipments, it is important for supply chain managers to have a comprehensive understanding of insurance policies and contracts and ensure they can identify liability limitations and carrier coverage plans.