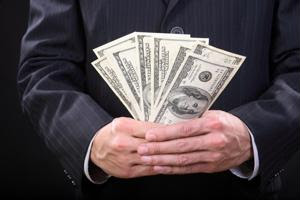 The e-commerce market has presented many retail supply chains with a number of challenges and obstacles lately. With online sales higher than ever, managers are being forced to restructure and reassess their approaches to efficiency and optimization. Now, in addition to dealing with difficulties such as maintaining high profit margins while increasing spend for online market share, merchants may soon be forced to pay taxes in states they have no physical presence in.

This week, The Wall Street Journal reported that more than a dozen states will start imposing Internet sales tax on retail companies. As it stands, Congress has not enforced a national policy that requires taxation of online purchases. The absence of such legislative law, these states indicated, can impact the revenue of local companies because people are able to buy goods and products online for better prices and there are no direct taxes.

U.S. states hoping to get sued
The report explained that the coalition has agreed to start taxing out-of-state retail companies even if, or, rather, especially if, it would lead to government interference. Alabama, for example, plans to audit merchants for tax return compliance for this quarter. If a corporation takes legal action, it could actually work in the favor of state officials because they would then be able to request that the Supreme Court appeal a law made in 1992 that prohibited taxation of online retail sales if there is no physical location present in that state.

"We're confident that some remote sellers will not comply and therefore it will lead to litigation," Joe Garrett, the deputy revenue commissioner of Alabama, told The Wall Street Journal. "We have been very open about what we're doing."

According to the news source, customers are supposed to pay taxes for purchases made out of state, though it rarely happens. Research conducted by the University of Tennessee found that these types of sales resulted in an approximately $23.2 billion state revenue in 2012. Additional states that agree with the idea of taxing Internet sales include South Dakota, Utah, Louisiana, Mississippi and Nebraska.

Congress slow to act
Fortune magazine pointed out that there have been a number of states that, even without an official ruling from Congress, have found a way to collect sales taxes from Internet retail companies. New York taxes from some e-commerce giants such as Amazon.com. The source also added that, although many states expect, or even want, to be sued for enforcing sales tax on them, not all online retailers have not dismissed the idea. In fact, in an interview with Fortunate three years ago, John

Over the years, there have been a number of bills introduced to Congress that have tried to address the issue. The Marketplace Fairness Act was proposed in 2013, which would let states collect the taxes they are trying to now, Fortune revealed, as well as the Remote Transaction Parity Act in 2015.

But, since no laws have been signed yet, some state officials feel that it is time to take matters into their own hands.