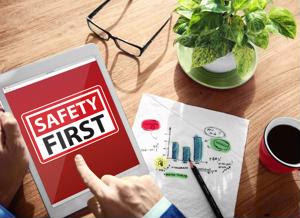 Over the past few years, there have been a number of high-profile cases highlighting the issue of inhumane working conditions along global supply chains. And while some laws have been enacted to combat the issue, such as the California Transparency in Supply Chain Act and the United Kingdom Modern Slavery Act, both of which require businesses to publicly disclose the measures taken against human trafficking, they have not been entirely effective.

However, The Partnership for Freedom is trying to change that. Led by Humanity United, in collaboration with several United States government agencies, including the Departments of Justice, Housing and Urban Development, State, Health and Human Services, and Labor, the PFF was created "to spur innovative solutions to human trafficking challenges." In October 2015, the organization launched the contest "Rethink Supply Chains: The Tech Challenge to Fight Labor Trafficking," calling on companies to propose technologies that could be used to help eliminate identify and eliminate occurrences of slave labor.

Mitigating unfair labor practices
This week, the foundation the announced that the top finalists are Good World Solutions, IST Research, Mobile Accord, Inc., Sustainability Incubator and Trace Register and Ulula. All of these businesses will advance to the next round to collaborate with experts on the development of their ideas. In addition, each company will be granted $20,000. The official winner will be chosen in April of this year and will receive $250,000. The runner-up will be awarded $50,000.

"Forced labor in global supply chains is a systemic problem. The solutions surfaced by these finalists leverage technology to combat this problem by bringing transparency to global supply chains and elevating workers' voices across industries," Humanity United Director of Investments Catherine Chen said in a statement.

In the press release, the PFF outlined the proposed solutions of each of the finalists which include mobile mapping technology, data analytics systems for scraping Web data, social media monitoring and traceability software.

This is not the only measure Humanity United has taken to mitigate slavery in global supply chains. KnowTheChain is another project the group created, in partnership with the Business and Human Rights Resource Centre, Verite and Sustainalytics, to illuminate the growing issue of forced labor. Last month, the foundation released the "Transparency Snapshot," a pilot benchmark report that examined 20 businesses throughout three different sectors: food and beverage, apparel and footwear and Information and Communication Technology, or ICT.

Examining legal compliance
The report found that the footwear and apparel sector has the best transparency and disclosure practices, scoring 65 out of 100, whereas the ICT industry scored the lowest, with a score of 34. And while 75 percent of companies formally recognize the chance of forced labor in supply chains, only a quarter have publicly disclosed how workers can access these policies and standards.

"By benchmarking, we hope to incentivize companies to adopt measures that go beyond legal compliance to more meaningfully address this issue by adopting policies and practices that truly ensure the well-being of workers and reduce labor exploitation," Humanity United Vice President of Investments Ed Marcum explained in the announcement of the report.

He also added that, through this process, businesses will be able to stand out as leaders in their industries by demonstrating social responsibility and that it will also identify the companies that are not doing enough to ensure safe working conditions for employees.

"Transparency Snapshot" is one of three benchmark reports that KnowTheChain said it will publish this year.

As investigations into supply chain practices continue, companies will face increasing pressure to identify the measures they have taken to halt forced labor and modern slavery.