More recalls in the automotive industry 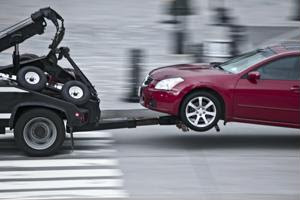 Regardless of the industry in which you find yourself, if your company manufactures something, your first priority should be to make it safe for public use. This could mean that it functions properly so operators of said item don't hurt themselves or others, or perhaps it runs independently of human interference. Whatever the purpose of the product may be, the No. 1 concern should be public safety.

Unfortunately, there have been quite a lot of issues in the automotive industry pertaining to safety, and as a result, a number of recalls have been issued over the past few months to attempt to mitigate the situations at hand. In the last full calendar week of June 2015 three separate car companies have issued mass recalls to take care of a variety of issues.

Keeping an eye out for airbag problems
Regular readers of this blog will remember airbag manufacturer Takata's serious issues with its product. While Takata and the various car companies that use its faulty airbags try to collect as many vehicles as possible to prevent anymore accidental fatal injuries, Mitsubishi announced that it, too, would recall cars for an airbag issue. Manufacturing.net reported that the Japanese car manufacturer has issued a recall of over 460,000 vehicles that run the risk the airbag pushing into the sun visor and injuring people's eyes. Though these airbags are not related to the Takata issue and no fatalities have been reported in regard to Mitsubishi's safety problems, people are very concerned about the overall state of airbag safety.

A small portion of those recalled cars have issues with the anti-brake unit, mentioned the source.

Feeling the heat
In a small, but still significant, recall, Acura found out that some of its SUVs are unsafe for other motorists on the road because of a problem with an air conditioner pulley, noted Matt Schmits, news editor for Car.com. Apparently, a bolt can come loose under the vehicle which then releases a piece of the air conditioning system onto the road, which can cause an issue for other drivers as is creates an obstacle that is small but could potentially result in car damage or an injury.

Fortunately, the source reported that there haven't been any accidents or injuries in relation to this recall. It was discovered during a routine warranty claim. This specific instance will affect about 106,000 vehicles from model years 2014 and 2015, noted the source. The car company will start to contact customers about the complementary fix late next month.

Spotlight on the issue
In yet another round of recalls, Ford Motor Company has issued a recall for certain vans and SUVs over faulty instrument panels and seatbelt problems, according to the Ford Motor Company media site. The source noted that the instrument panel did not light up as it was supposed to, which could potentially lead to problems down the road when the car's warning lights fail to illuminate. The seatbelt issue in question is over an issue of labeling, not a specific safety issue directly related to the belt as a mechanism.

Much like the Acura recall, there have been no reported injuries in relation to these issues. However, Ford still insists on the recall of over 203,000 vehicles to prevent any further issue from occurring.

Ideally, these issues would have been caught during the number of tests that cars have to go through before leaving the factory floor, but it's best that these problems were brought to light with only a few injuries as a result. Of course, there have been (and are currently) more dangerous issues with vehicles and let's just hope the problems get taken care of before anyone else gets hurt. It would be in everybody's best interest to check out which cars, trucks, SUVs and vans fall under the recall so that faulty mechanisms can be fixed as soon as possible.