Construction on the rise, but facing worker shortage 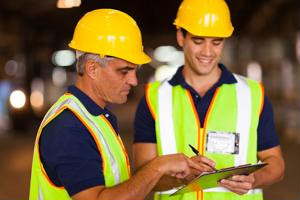 The construction industry rises and falls with the U.S. economy. When the Great Recession began affecting the country in 2007, building saw a similar downtown. However, once the government worked its way out of the red, construction started booming, so much that there aren't enough workers to cover all the jobs coming their way now. To take on all the responsibilities presented to them, construction companies will need to rethink their supply chain.

Worker shortage causing delays in construction
When construction is on the rise, the economy reflects it. According to the U.S. Department of Commerce, construction spending has risen to an all-time high since 2008 to $1.035 trillion, Equipment World reported. That's more than an 8 percent increase since last year. The number of building jobs are increasing, as well as the need for skilled workers.

Unfortunately, the latter may be a problem. According to the Associated General Contractors of America, approximately 83 percent of construction firms can't find the help they need, Equipment World reported. Several states have more clients coming in than their employee totals can handle. When the Great Recession hit, many skilled workers left the industry and didn't return once the economy turned around, The Seattle Times explained. This has left many companies scrambling to hire subcontractors and any available workers to complete jobs.

Washington's unemployment rate dropped from 6.1 percent to 5.3 percent in the past year, and the state is only second to Utah in job growth, the source reported. However, the construction firms in the state now have more openings than people to fill them. Shannon Affholter of Master Builders Association told the Times that people might be wary of the industry, as they aren't sure if the construction boom will last. According to the Nashville Ledger, it could take four to five years for the industry to fully recover, but companies don't have that long to recruit talent.

New recruitment processes answer to shortage
The key to eliminating the shortage of workers is to start at the beginning of the supply chain. Construction firms need to renew interest in the industry by targeting the younger generations. However, this may be a little harder than it was in the past. Companies departed from the union system approximately 35 years ago, according to Bill Canton, the chief operating officer of the Alabama chapter of the Associated General Contractors of America, in an op-ed piece for Al.com. Unfortunately, this is how many firms recruited and educated their workers. Luckily, the AGC isn't letting this prevent their efforts.

In 2015, the Alabama AGC worked with the state's congress to pass the Construction Industry Craft Training Act, which will help raise funds to go toward educating future construction workers, Canton explained. The legislation will supplement the Alabama Construction Recruitment Institute's Go Build campaign, which works to recruit people for the industry. The AGC expects the act to bring in $3 million to $5 million annually.

The southern state isn't the only one in the nation to establish new means of recruiting. AGC chapters in various other regions are doing the same. Nebraska created BuildOurNebraska.com to serve as a one-stop resource for both current and aspiring contractors. The site provides links to and information on job postings, scholarships and education programs. BuildOurNebraska.com offers versions for parents, teachers and students to give as many people as possible the details they need about the industry.

Earlier this year, Tennessee - where most workers are older than 50 - also established the Go Build Tennessee Act to create a statewide program to educate and foster students' interest in construction, according to the Memphis Business Journal.

To develop all sections of the supply chain equally, the construction industry needs to start with the younger generations. By recruiting new workers, firms will be able to recruit and sustain the workflow.