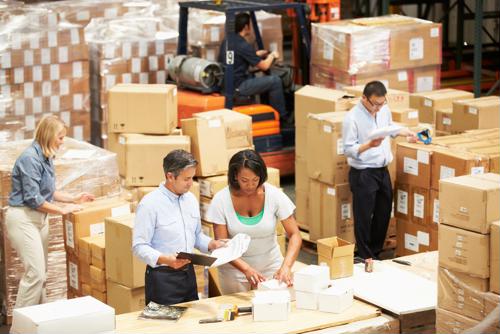 Millions of people have found themselves out of work in recent months and the U.S. economy has not recovered back to the level of nationwide employment seen prior to the novel coronavirus outbreak. However, there are some positions that have actually taken big steps forward amid the pandemic, most notably within the logistics and supply chain spheres.

Indeed, LinkedIn notes that hiring for e-commerce fulfillment roles in particular increased 73% from 2019 to 2020, and that companies offering those positions were still looking to fill some 400,000 open jobs as of mid-January 2021. The job titles most often associated with these positions were drivers, supply chain associates, package handlers, and personal shoppers; they offered a standard salary range of between $42,000 and $56,000.

Perhaps not surprisingly, the places where these jobs were especially common were some of the nation's most populous cities: Chicago, New York City, and the District of Columbia topped the list, the report said. Of those who were hired for these roles, roughly 3 in 4 had at least a bachelor's degree, meaning they were highly qualified for the roles.

How are companies attracting talent?
There is a clear "A to B" for why hiring for logistics roles rose sharply last year: With hundreds of millions of people mostly locked down across the country, online shopping became a huge driver of nationwide commerce, according to estimates from Randstad. Because there is such demand for professionals at all levels of supply chain organizations, salaries are on the rise as well; so far, it's projected that hourly pay will have to increase by as much as 3.5% for some of these jobs, and that may be particularly true for management roles.

"Despite labor market challenges associated with the pandemic, our data shows that many employers across a number of industries are still in desperate need of workers," said Karen Fichuk, CEO of Randstad North America. "That demand is driving an uptick in compensation and benefits for these roles, and employers will need to meet these expectations to secure talent in a tightening labor market."

Underlying support
At the same time as supply chain efforts are ramping up, manufacturers are also churning out more product these days but struggling to get them delivered effectively, according to the Report on Business from the Institute of Supply Management based on data from December 2020. The number of new orders U.S. manufacturers receive is on the rise, as is the number of hires in the sector and the rate at which goods are being produced, but deliveries from suppliers are slowing down at an increasing rate and production backlogs are rising.

The good news is both the manufacturing sector and the American economy as a whole is continuing to improve, and it's certainly the case that business in the supply chain would be wise to continue their hiring efforts. Being able to meet national (or global) demand for shipping in the U.S. is vital for many reasons, and companies should be more proactive about findings ways to attract talent.