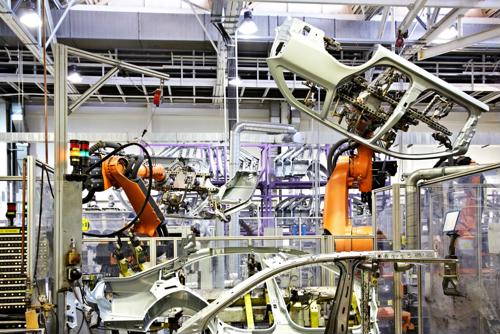 In the early days of the novel coronavirus pandemic, shortages and supply chain difficulties made a lot of headlines around the world, but for the most part, they have gotten back to normal. However, saying "for the most part" leaves room for the fact that there are some industries that are still being hit with major snags.

For example, a number of the world's largest and best-known auto manufacturers are currently dealing with major problems coming across the semiconductors they need to make modern vehicles, according to a report from The Financial Times. The reason why? The companies that make those critical computer components are reserving them for tech manufacturers that will use them in the manufacturing of smartphones, tablets, computers and similar devices.

The impact of this shortfall in production numbers is significant: Volkswagen says it will make 100,000 fewer cars in the first quarter of the year than it originally planned, and Nissan, Honda, General Motors and more announced production cuts of their own, the report said. Unfortunately, this is a long-tail effect of the pandemic, as major semiconductor manufacturers were forced to shut down in early and mid-2020, and lead times for rolling out orders is typically between six and nine months.

A supply chain problem
It's worth noting that the vast majority of semiconductor production is not dedicated to the needs of automakers; only about 10% of the plants that produce these chips are dedicated to the automotive industry, according to a separate Financial Times report. meaning that these companies — giant though they may be in the grand scheme of things — don't have a lot of heft when it comes to demanding that chip manufacturers meet their production requirements. Indeed, computer and tech companies take precedence for chip manufacturers simply because they buy a lot more chips each year.

Already, it appears that number has surpassed a quarter-million and the industry is not remotely out of the woods yet, the report said. Expert estimates show that by the time this shortage is over, production of as many as 500,000 vehicles will have been pushed back worldwide.

Other issues
Another big part of the reason why semiconductor manufacturers are lagging when it comes to automotive production is because there are a lot more requirements that go into producing them for vehicles versus, say, an iPhone, according to Bloomberg. For instance, there are strict safety regulations that automakers and chip manufacturers must work together to meet, and it can take an average of eight weeks to ramp up production even if the chip is fully ready to manufacture.

With all of this in mind, it's certainly an issue that many in the sector will have to monitor going forward to ensure their production efforts aren't thrown too far off course by pandemic-related problems — or any others. Agility should be the watchword for any supply chain professionals, so that in just about any situation, they can pivot from one option to the next.