Supply chain employees are happy at work - can you keep capitalizing? 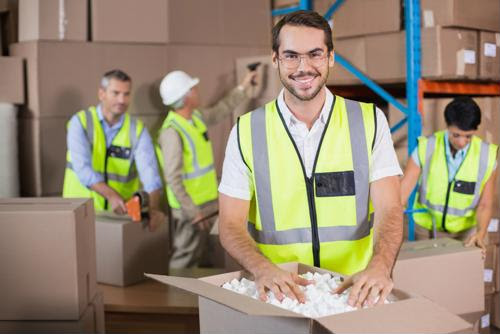 While there have been plenty of headlines in the last few years about the sometimes difficult conditions of warehousing businesses in crunch time, the fact is that the sector is widely viewed by the people within it as being strong and positive. That's reflected in a host of industry data, all of which tend to reflect that workers are largely happy in their roles within warehouses, and that's unlikely to change in the near future.

Perhaps the biggest reason why? A new survey from the Association for Supply Chain Management found that the median salary for workers in the supply chain is nearly $79,000 per year, roughly 24% higher than the national level, and up close to 5% from the same poll in 2019. Furthermore, 91% of those surveyed said they also receive some sort of financial incentives above and beyond their salary structures, such as bonuses or profit-sharing plans from their employers.

At the same time, close to 3 in 4 workers in the industry said their benefits include family or medical leave, and more than 4 in 5 have at least three weeks of paid vacation each year. About as many say they are satisfied with those benefits, the survey found. As such, it should come as little surprise that 88% of respondents say they view their careers positively, and almost as many would recommend it to others.

A changing field
At the same time, it's worth noting that, more frequently, the supply chain industry is hiring "outside the box" from what has been common for years — the sector is increasingly made up of younger and more diverse workforces, according to a survey from Peerless Research Group, Supply Chain Management Review, APICS and APQC. For instance, 75% of millennials in the industry right now specifically chose the supply chain as a field where they could have long careers, and they have diverse interests under that umbrella: some are interested in supply chain planning (22%), procurement (21%) or logistics (15%), among others.

Moreover, nearly 2 in 3 respondents said they are planning to seek further education to bolster their qualifications in the field at some point in the next year, the survey showed. Roughly the same amount already have either undergraduate or graduate degrees focused on the field.

Growing opportunities
Meanwhile, thanks in large part to the proliferation of tech used within the industry, with a wide range of applications, there are more avenues than ever for workers to pursue their passions under the guise of supply chain work. Zippia recently examined large numbers of job listings for professionals with a degree in supply chain management, and the top-ranked availability was for supply chain analysts, followed by business analysts, data analysts, and logistics coordinators.

These kinds of professionals are also needed in a host of cities large and small across the country, from the San Francisco suburb of Richmond, California, to Seattle to Baltimore, and even Portland, Maine — all of which ranked in the top 10 for average salaries in the sector.