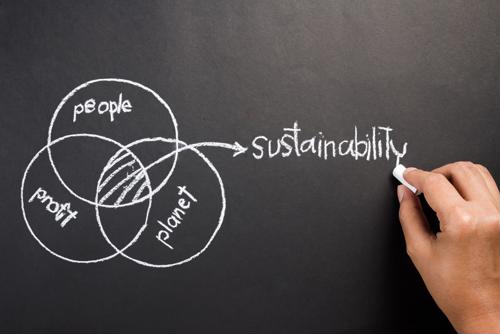 The impact of the novel coronavirus on just about every supply chain - from massive global networks to small regional efforts - is almost impossible to overstate. In fact, in addition to setting businesses behind the 8-ball and leaving them at the will of forces outside their control, it has also led them to reconsider their supply chain operations from the ground up. That includes scaling back on previous efforts to increase sustainability .

In fact, 15% of businesses in a recent Chartered Institute of Procurement & Supply survey said they would abandon plans for sustainable supply chains, and nearly half say they could be waiting at least 12 months to see productivity return to where they were before the pandemic hit. This decision to move away from sustainability may be something of a surprise, as more than 2 in 3 respondents also said they intend to take the opportunity presented by the current situation to re-examine their relationships with suppliers, and potentially look for new partners.

However, there is one revelation in the CIPS poll that makes this decision more understandable: Two-thirds of respondents say they have seen their costs for goods and services rise in recent months, and they're likely to pass those expenses on to consumers. Given that sustainability also typically costs more to maintain, it's perhaps easier to see why about 1 in 7 companies aren't prioritizing those efforts.

What can be done?
Just because the current financial realities are precluding some sustainable efforts, that doesn't mean the industry as a whole isn't working to find solutions that reduce waste and pollution stemming from global supply chains, according to Christian Lang of the Forbes Technology Council. For one thing, there is a growing understanding that sustainability and the ability to pivot when things go wrong are complementary ideas. If you want a resilient supply chain, focusing sustainability could be a great way to achieve it.

The reason why is simple: Smaller operations tend to be more sustainable, and more numerous than larger competitors that may be more vulnerable to disruptions as well, Lang noted. In addition, such a switch can make supply chains more effective because smaller suppliers often have a better handle on their smaller volumes of data.

Understanding the value
It's for these reasons that some of the biggest companies in the world are now pivoting to increased sustainability in their supply chains as soon as they can. The computer and smartphone titan Apple recently announced that its supply chain and products will be 100% carbon-neutral by the end of the decade, with a goal to reduce emissions by 75% and make up the remaining one-quarter by investing in carbon removal technology.

Because of the company's influence, it can also encourage buy-in from its partners, Apple said. Indeed, at the end of 2019, 92 facilities were enrolled in Apple's Supplier Energy Efficiency Program, reducing more than 779,000 metric tons of carbon emissions in the process.

The more your company can do to look at its operations and determine areas where sustainability is an achievable goal, the better off both you and your partners are likely to be going forward.