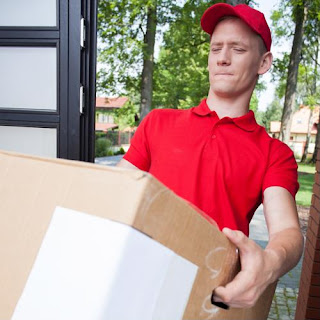 The value of a good supply chain is more obvious than ever, as companies that have efficient and coherent plans around these multi-faceted partnerships continue to prosper. With that in mind, it should come as no surprise that many major businesses are now diverting hundreds of millions of dollars into shoring up these aspects of their operations, so that they can continue to improve their bottom lines and evolve more effectively over time.

Hardware giant Lowe's recently announced that it will invest some $1.7 billion into improving its supply chain, according to MarketWatch. A big part of the reason the company is going through such a major effort is because it has encountered occasional problems on the e-commerce side of its business and wants to make sure it can be agile and responsive in that increasingly competitive sphere.

Neil Saunders, managing director at GlobalData Retail, noted that Lowe's may need to do more to boost growth and quality in its e-commerce operations simply because most people these days start shopping for any products online, including those they plan to buy in brick-and-mortar stores, the report said. Meanwhile, investors say the biggest competitor? Lowe's faces - Home Depot - is stronger in its overall organization, so this kind of supply chain investment may be seen as a necessity more anything else.

Getting it right
Meanwhile, furniture retailer Wayfair recently put new emphasis on its supply chain and logistics operations in the wake of layoffs late last year, in hopes of being able to improve its position in the market overall, according to Supply Chain Dive. The company offers free two-day shipping much like Amazon, but given that it specializes in furniture, which obviously requires large-format shipping, it faces unique challenges.

Interestingly, the company sees nearly one-third of its revenues come from those bulky items, and that presents bigger logistical needs for the company, such as how items have to be grouped together to make last-mile deliveries as efficient as possible, the report said. That also means trucks are loaded with far fewer items that need to be handled with far greater care, and that's where Wayfair says it must be more attentive to customer expectations while also handling higher insurance costs for those shipments.

Reducing long-term costs
Meanwhile, shipping titan UPS recently made a different kind of logistics investment, investing in some 10,000 specially designed electric vehicles that will help the company substantially reduce fuel costs and improve safety, according to Supply Chain Digital. This is part of a massive investment in Arrival, a platform developer based in the U.K. that produces standardized parts for electric vehicles, which UPS now has a minority stake.

With all these changes in mind, it may be wise for other companies to look at their options for supply chain investment and find a strategy that will work for them in the long run. That, in turn, allows them to remain competitive in an increasingly difficult market.