Home Procurement News Does 3D printing have utility in the supply chain?

Does 3D printing have utility in the supply chain? 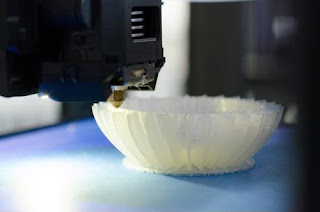 Businesses in the supply chain are always on the lookout for the slightest sliver of added efficiency, because even an improvement of 1% can pay major dividends and give them an edge on the competition. Because of the endless search for just a little bit more of a boost, many logistics companies may now be considering the ways in which 3D printing can help them become more nimble.

The case for using such processes these days - as 3D printing technology improves - is that printing products on demand is a more efficient use of resources than producing large batches and having them sit on warehouse shelves, according to Logistics Viewpoint. In addition, companies that 3D print their offerings may be able to make changes within the printer file rather than retooling an entire production line, saving money in the long run as well.

All these changes, in turn, could also have a positive environmental impact by reducing the need for production resources, large shipments and more, the report said. If adopted on a mass scale - a process that would likely take years - it could revolutionize the way the entire supply chain operates.

A closer look
Experts say that use of 3D printing is such a big shift because it will allow them to complete production processes - albeit at a potentially slower pace - without scrap or tooling, according to the World Economic Forum. That shift alone may allow companies to save large amounts of money that can then be invested into other aspects of their operations.

Moreover, the time it may take to ramp up full production can be reduced, and that's a trend that will only grow as time goes on, the report said. Eventually, it's likely that companies would be able to completely 3D print products using multiple materials that combine during one cohesive production process.

Seeing the advantage
Given the potential benefits of using 3D printing at various steps of the supply chain - for producing either components or end products - it should come as no surprise that both public and private organizations are increasingly interested in pursuing these avenues. That includes the Australian military, which recently assigned a number of soldiers from its 1st Combat Service Support Battalion to train in the techniques needed to make 3D printing easier, according to 3D Printing Industry. The hope is such experience will help make the military organization more responsive to evolving supply chain needs on an ongoing basis.

"At maturity we see it becoming an essential enabler that will redefine how logistics is employed to support our dependencies on the future battlefield," Lieutenant Colonel Kane Wright, Commanding Officer 1 CSSB, said in announcing the program.

The initiative comes after other military organizations around the world have an eye toward placing 3D printing at the center of their ongoing needs, the report said. That includes multiple arms of the U.S. military.

Certainly, any manufacturing organization in the supply chain would be wise to at least investigate its 3D printing options, especially as others are likely to do the same in the years ahead.