Home Procurement News Are wearables the future of the supply chain?

Are wearables the future of the supply chain? 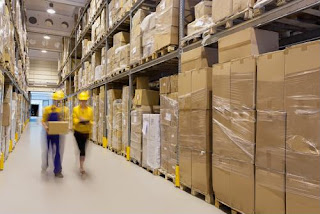 Companies in the supply chain are always trying to improve efficiency by any means necessary - and these days that involves adopting new technology on an ongoing basis. One area where some companies are increasingly finding greater success in these efforts is by outfitting workers with wearable tech that can track their movements and provide other key data points as they go about their work normally.

Adoption of wearables is likely to pick up steam in the next few years, and many industry leaders such as UPS already use them, according to Supply Chain Brain. There are a number of reasons why wearables are finding a foothold, including the fact that they can do multiple things at once. For instance, one device may be able to allow workers to scan barcodes for items they're picking, packing or transporting, while also tracking their movement and transmitting real-time information to supervisors.

All of these functionalities are important on their own, but taken together, they can be an especially powerful tool in pushing efficiency to its logical limits, the report said. For instance, organizations may be able to not only get a larger percentage of picked and packed orders correct the first time, but they can also identify which paths through their warehouses are most efficient, and when workers may be lagging after certain amounts of time on the job.

Identifying what leads to fatigue
Working a warehouse can be a physically demanding job and it's unlikely that workers are operating at the same level of efficiency at the end of their shift as they did when they started, according to Supply Chain Dive. The data a company collects from wearables could provide valuable insight into when workers hit that wall, and allow better decision-making about scheduling shifts or allowing flexibility for taking breaks. Combining that information with scanning data or other metrics further increases their value.

"When you have employee performance metrics, you know who's doing what by when," Eric Allais, president and CEO of the wearable developer PathGuide Technologies, told the site. "Sometimes fatigue means you've got folks that drive around but they simulate work. They look like they're working but the performance metrics would tell you otherwise in terms of actually handling the product and shipping."

Staying in touch
In addition to all those benefits, experts also say wearables provide a great way for supervisors to stay in contact with worker no matter where they happen to be in the facility, according to EHS Today. That's because many apps now allow push notifications to be sent - in both directions - so there's no ambiguity about what's expected or needed of workers, and they can contact supervisors if any potential issues arise.

With all this in mind, supply chain decision-makers would be wise to examine their wearable tech options, and identify the platforms that could be of the greatest benefit for their unique needs - now and in the future.