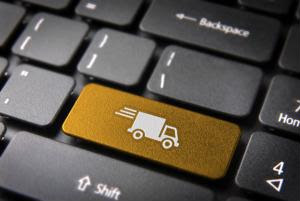 The United Parcel Service Inc. recently announced that it will soon start releasing its 300 locker pick-up stations across the country. This roll-out is commencing after the carrier company conducted a trial run of nine locations in Chicago - a development that was undertaken to help fuel its broader initiative to reduce costs associated with e-commerce shipments and meet increasing consumer expectations and demands.

These "smart lockers" are supposed to make it easier for online retailers to reach customers, as well as enhance the shopper's experience.

"What we've found is that consumers do like the 24/7 access,"  the locker program's director, Kalin Robinson, explained to The Wall Street Journal.

In the press release, Robinson also stated that the Access Point lockers will be beneficial because they can be utilized whenever it is most convenient for the customer, rather than them having to adhere to regular store hours to pick the item up. It is an alternative to ship-to-shop that facilitates more ease and options.

According to UPS announcement, the locker locations will begin being installed in Virginia, Illinois, New York, Washington state and Pennsylvania. However, the program will eventually reach many other states across the nation, including Massachusetts, California, New Jersey, Florida and Texas.