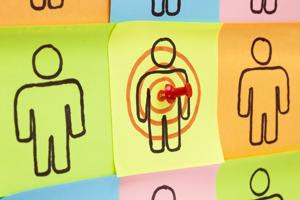 This week, Target Corporation announced that it has named Ben Cook as its new senior vice president of global logistics, inventory allocation and replenishment. As a supply chain veteran, Cook has experience working for Apple Inc., The Home Depot and Kimberly-Clark. In this latest position, which he will assume this week in Minneapolis, Cook will oversee a number of in bound and outbound supply chain operations and processes, such as last-mile delivery and transportation, global logistics and inventory and merchandising planning.

Prior to being hired by Target, Cook worked at Apple as the director of supply and logistics strategy. At Target, he will report to Arthur Valdez, a former Amazon executive who the big-box retailer hired earlier this year to head its supply chain operations. (Amazon later filed a lawsuit against Valdez, claiming he violated a non-competition agreement. However, the online retail giant later dropped it.)

In the press release, Cook expressed excitement at the opportunity to use his experience and creativity to help Target grow.

"Our guests expect us to deliver product quickly and reliably, and that means we need a supply chain that's increasingly fast and precise,"  Valdez added. "Ben's expertise and proven track record in cutting cost and reducing complexity in the name of speed will be an incredible asset to our team."

This move is just one example of the overarching strategy many retailers are now taking in adjusting supply chain operations to better support and respond to changing shopping patterns and the rise of omnichannel and e-commerce purchasing. Much of the aim for these companies has centered around figuring out a better way to manage inventory levels and optimize distribution centers to reduce costs and speed up delivery times. Another solution that an increasing number of organizations seem to be implementing is increasing spend on new technology and innovative systems to replace the outdated platforms and processes that are no longer efficient in handling customers both in-store and online.

According to The Wall Street Journal, Target has had a difficult time in the past, particularly with inefficient stock levels, and that the goal is to reduce the number of trips carriers need to make for smaller items. Earlier this year, Target COO John Mulligan revealed that key investments the organization made in improving inventory led to an uptick in stock levels by almost 30 percent compared to the same quarter the year before, the source added.