Home Procurement News The most admirable supply chains of this year

The most admirable supply chains of this year 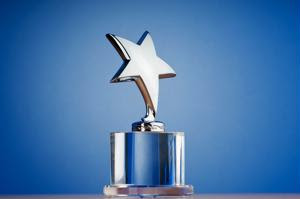 As we previously covered, a recently released report revealed which places across the globe have the weakest or least resilient supply chains. This index showcased the damaging effects factors such as high levels of corruption and poor quality of local suppliers can have on the overall performance of a business. It also underscored some of the pitfalls organizations should avoid at all costs.

In a sharp turn in the opposite direction comes the latest ranking from Supply Chain Insights LLC, which announced the businesses with the most admirable supply chains of 2016. This is the third consecutive year the analysis and awards have been conducted. The agency evaluates companies based on a variety of factors, including their improvement rates, shareholder value and overall performance. According to the press release, the top firms account for just 12 percent of those involved in the research.

Below is a list of some of the winners in major sectors:

The announcement also noted that a handful of well-known brands made the Finalists list and, while these companies demonstrated valuable improvement, did not perform as greatly as other competitors in their fields. Such organizations include The Coca-Cola Company, The TJX Companies, Inc., Intel Corporation, Caterpillar Inc and lululemon athletica.