Home Best Practices Pay to Play Government at its best.

Pay to Play Government at its best. 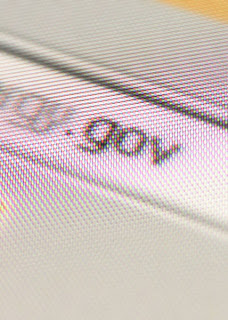 Two news stories on Sunday illuminated how government officials at all levels serve only one master - Themselves.

The first, an article in the Asbury Park Press, 'Open and fair bidding' anything but, presents the findings of more than 1,000 State contract reviews conducted by the NJ Office of the State comptroller over the last 3 years. The article is written by none other than New Jersey’s independent state comptroller, Matthew Boxer.

"A series of fatal flaws have essentially rendered the pay-to-play law meaningless at the local government level" is the conclusion of the report. Among Boxer's findings are that state laws allow local politicians to be self regulated in awarding contracts and agencies can set criteria for awarding a contract and then ignore those criteria when making the actual award.

Boxer believes that "Public contracts should be awarded to the vendor who provides the best deal for the public, not the vendor who is the most consistent campaign contributor". What a novel concept!

Boxer concludes with "As consumers, we all take advantage of competition to seek the best deal, whether it be for telephone service or groceries. We should expect public entities to do the same when spending our tax dollars".

When is Boxer running for Governor or President... with ideas like this, he gets my vote.

60 Minutes also ran a story this weekend that speaks to the same topic at the Federal level. Lesley Stahl interviewed the former lobbyist Jack Abramoff who spent three years in jail for basically bribing congressional politicians and their staffs.

Here is a revealing excerpt from the interview:

Abramoff: In my view. I'm talking about giving a gift to somebody who makes a decision on behalf of the public. At the end of the day, that's really what bribery is. But it is done everyday and it is still being done. The truth is there were very few members who I could even name or could think of who didn't at some level participate in that.

It is not often that the general public is provided this level of clarity about how the business of politics gets done.
Best Practices