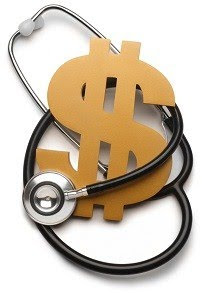 The objective, ostensibly, is to curb the growing financial drain that unchecked government spending on Medicare and Medicaid represents and at the same time empower the private sector to do what it does best – find alternative, less expensive ways to accomplish the same task.

But according to Alec Vachon, a former aide to ex-Senator and 1996 Republican presidential nominee Bob Dole (R-KS), Ryan’s proposal needs a reality check.

“(Ryan’s proposal) is a pure budget solution, not a health policy solution that would improve the budget. By contrast, a health policy solution would recognize drivers of health costs, especially those generated by government policy, such as tax treatment of health benefits,” Vachon said in an interview in Kaiser Health News, a publication of the Henry J. Kaiser Family Foundation.

According to Vachon, Ryan’s objective of limiting the federal contribution for the private purchase of insurance by seniors might work on paper, but he said he was “not sure it would work in the real world if seniors are unable to buy insurance with the available subsidy.”

The likely impact on hospitals and insurance premiums could be devastating.

A spokesperson for Penn Medicine, the University of Pennsylvania’s hospital system, told the Philadelphia Inquirer that “Moving people from traditional Medicare onto private insurance rolls will cause a dramatic increase in the volume of claims submitted to these private insurance companies… To absorb the cost of this increase in volume, private insurers will have to either cut reimbursement rates to hospitals and providers, or increase premiums for the rest of their coverage population. The most likely result will be a combination of the two.”

For many financially hard-pressed hospitals that are already teetering on the brink of insolvency, Ryan’s proposed budgetary solution could have disastrous consequences.

And as many hospital CEOs and CFOs will attest, that’s not hyperbole.

Here at Source One, our professionals have been working with a number of hospitals and other healthcare providers across the nation to help them find ways to meet the economic challenges of healthcare reform, a slowly recovering economy, the specter of decreasing reimbursements and a host of other related tribulations.

Stated simply, our efforts are designed to help hospitals “Do More With Less.”

We work with hospitals’ in-house staff to identify potential cost savings in areas of spending that frequently are overlooked but that can have a tremendous impact on the non-salary operating budget.

In fact, our efforts have helped save millions of dollars in operating costs for some of the most prominent names in the healthcare industry. Translated, that means more available funding for vital staffing and other services geared to improving the health and treatment of patients in need.

In short, Source One offers a financial life line for hospital administrators trying to deal with policymakers in need of a reality check.